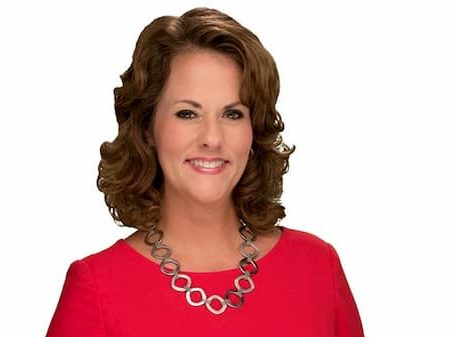 Sharon Rose Vaznis is an American media personality serving as an anchor for The Morning Report on
NEWS CENTER Maine in Portland.

Vaznis has not revealed much about her family but she was born and brought up in Vermonter. She first came to Maine on a family vacation when she was 14 years old.

Rose is married to songwriter and musician Rick Vaznis, who uses the musical pen name of Jericko Rose, and who hails from the Millinocket area. He is a hard rock artist and music producer at Polar Cave Productions.

Sharon was previously married to Chris Rose but the couple later divorced. Chris is also a media personality who previously worked for News Center for 32 years before he retired in 2018 to join the University of New England where he works as a public relations strategist.

He began his career in journalism in Worcester, MA, and was a writer and producer at WBZ-TV in Boston. In 1986 he joined WCSH as a newscast producer and later took the roles of a reporter and anchor. During his tenure he covered some of the state’s highest profile news stories as well as major national stories that impacted people from Maine, including the Boston Marathon bombing and the sinking of the El Faro cargo ship.

In 2017 he was inducted into the Maine Association of Broadcasters’ Hall of Fame.

She has two daughters Miranda and Duffy from her first marriage to Chris Rose.

Vaznis is a reporter and anchor at NEWS CENTER Maine in Portland, Maine. She co-anchors NEWS CENTER Morning Report alongside Lee Nelson, and Kevin Mannix and have been working together since October 1996. Before joining the morning team she held several positions at both WCSH 6 and WLBZ 2, starting as a weekend producer in 1989.

In September 2019, Sharon revealed that she was going to be off-air as she had a scheduled surgery and according to the doctors the recovery time was six weeks. She however didn’t reveal her ailment.