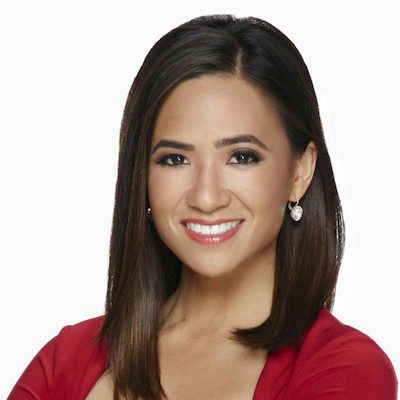 Shanna Mendiola is an American Emmy Award-winning meteorologist for NBC4 and can be seen in Today in LA newscasts from 7 am to 8 am. In addition, she is seen on weekday newscasts. She is a member of the award-winning weather team which has earned the Most Accurate Weather Team in Southern California by WeatheRate for five successive years.

Mandiola attended the San Francisco State University where she graduated and received a Bachelor of Arts degree in Radio and Television. Furthermore, she also attended Mississippi State University and got a Meteorology Certificate. In conclusion, she is part of the Asian American Journalist Association and National Weather Association

Mendiola’s mother is a nurse who motivated her passion for STEM fields. At an early age, she had a passion for science and technology. Other information regarding her father and relatives is not known yet.

She keeps her personal life private and has not talked about her husband or relationship status.

Shanna has emerged nationally from 30 Rockefeller Center in New York for NBC’s today and MSNBC covering Hurricane Joaquin and the historic Carolina Floods of 2015, Hurricane Harvey in 2017, and Hurricane Florence in 2018 Since joining NBC4. One of her best ways to pass time is chasing storms when she is not in the studio. She is seen out in the elements throughout Southern California together with the NBC4 Weather Team in the NBC4x4Caster.

By watching TODAY’s Al Roker every morning while she grew up it inspired her. After college, she started her career in San Francisco and swiftly began an upward progression serving in the Oregon and Colorado markets. Where she delivered weathercasts in everything from wildfires to snowstorms and floods as well as chasing tornadoes during extreme weather along the Eastern Plains. Before joining NBC4, she served at KTVZ-TV in Oregon. Later she moved to KDVR and KWGN in Denver.

Assisting communities in need throughout the Southland is also her strong interest. Together with talking to students regarding careers in meteorology and science.

During her free time, Mendiola loves to motivate others to live healthy lives. In 2015 she ran her first 5k as part of the TODAY Show’s “Run For Today” campaign to promote blood clot awareness and prevention since she is a blood clot survivor.