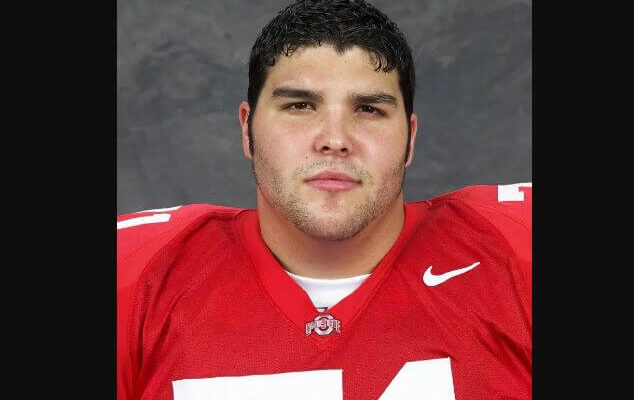 Shane Olivea, a former American football offensive tackle passed away on March 3 at the age of 40. He played college football at Ohio State and the San Diego Chargers drafted him in the seventh round of the 2004 NFL Draft.

Shane grew up in Long Beach, New York, and went to school at Lawrence High for his senior year. He played for Ohio State University from 2000-to 2003 and was a three-year starter and a two-time member of the All-Big Ten second team.

The Miami Dolphins intended o draft Shane in 2014 on the first day but called just before their 3rd round pick to inform him that they took him off their draft board because they thought he would need surgery. A. J. Smith, excited at the fact Olivea was off many draft boards, took him with one of their final picks.

Olivea was drafted by the Chargers (209th overall) in the last round of the 2004 NFL Draft.

Shane started 31 of 32 games in 2 seasons for the Chargers after being drafted in 2004. In August 2006, The Chargers rewarded Olivea with a 6-year, $20 million extensions. The deal made him the sixth highest-paid right tackle in the NFL at the time. Due to his performance and his low draft position, Olivea was considered to be a draft steal.

On February 28, 2008, Olivea was released by the Chargers, due to a missed drug test following a previous failed drug test. Olivea tested positive for pain medication.

Months later, on July 10, 2008, he joined the New York Giants after agreeing to terms with the team. His career came to halt on a season-ending injury on August 14, 2008. He was later released with an injury settlement.

“Woke to the sobering news that @OhioStateFB lost a great one this morning. Shane Olivea passed last night, Bobby Carpenter wrote in a Tweet. “Shane played OT at OSU from 2000-2003. National Champ and All-Big 10”

On the heels of two of my great friends (Buckeye Teammates) Birthdays…. Schlegs and Nuge

Woke to the sobering news that @OhioStateFB lost a great one this morning. Shane Olivea passed last night.

Byron Ox Mitchell wrote in a tribute, “RIP Bro! You will be missed… it’s sad to hear you went so soon. No more Trump 2024 messages or comments from you anymore.” He went on to state that the last time that the two spoke, Shane told him that he was loving Arizona and that he was getting in shape to maybe do some cage fighting.

“From pee wee league to high school, it was a blessing to have you blocking for me,” Byron further wrote. “RIP Shane Olivea and prayers going up for your the Olivea family.”