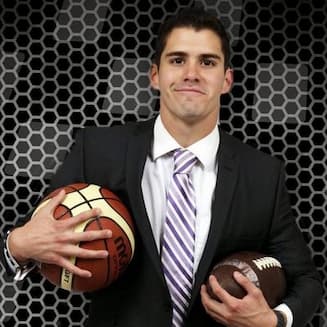 Sergio Dipp is a Mexican sportscaster for ESPN Deportes and ESPN International. He co-hosts a Latin American SportsCenter and NFL Live show. He also covers the Mexico national football team For ESPN Deportes, .

He was born on July 23, 1988. He had been diagnosed with appendix cancer but on February 2022, he announced that he had overcome.

He is the beloved son of Sergio Alejandro Dipp Félix(father), and  Irene Walther(mother).

He is not yet married. However, he is in a relationship with Martha Tena

He began his sporting career with Milenio Television’s “La Afición.” Later, he covered many matches for the Mexican National Soccer Team in the London 2012 Olympics, as well as Super Bowl and NBA All-Star Game contests. In 2013, he was hired by ESPN to work for ESPN Deportes, the company’s Spanish counterpart. ESPN kicked off Monday Night Football in 2017 with a pair of special back-to-back games. When Dipp fumbled over his words while giving an update on Broncos coach Vance Joseph, he became a Twitter sensation. Dipp handled the issue with “class,” according to his producer Tim Corrigan, who also believes Dipp has a “promising future.”