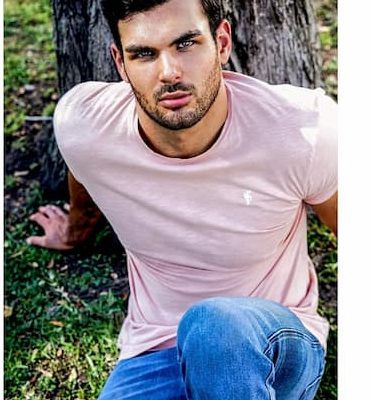 Romain Bonnet is a French-born model and a former pastry chef. He is the husband of realtor and Selling Sunset cast Mary Fitzgerald

Bonnet stands at a height of 5 feet 9 inches tall.

He belongs to French ancestry.

Romain is a model who has worked for the Wilhelmina agencies in New York and Los Angeles. He’s modeled for brands Tommy Hackett and Celeste Bright.

He is a former pastry chef during an episode on ‘Selling Sunset’ Mary revealed that she met Bonnet when ger boss was moving some of his pastry chefs to the Hollywood area a couple of years ago and she helped him find a place to stay. He also posted on his Instagram a throwback of some of his pastry work.

Since so many asked me if it was true that I was a pastry chef, here is some of the pasty I used to make. YES IT WAS TRUE !!! ?? • Vue que j’ai reçu énormément de question si c’était vrai que j’étais chef pâtissier, voici quelque gâteaux que j’avais l’habitude de fabriqué. ET OUI C’ETAIT BIEN VRAI !!! ?? • • • • • • #pastry #pastrychef #cakes #fun #cook #me #sellingsunset #netflix

He is a model and a former pastry chef.

Bonnet married Mary Fitzgerald in October 2019 in Los Angeles at a private wedding. Mary is one of the real estate agents on Netflix’s reality series Selling Sunset.

It was hard to keep it secret, but I’m so happy to finally officially announce that Mary and I are MARRIED! ?? How amazing is that, to have @people be the first to announce with the exclusive! ? Here is a sneak peek inside our wedding, for the rest you gonna have to wait for season 2 ! ?? Couldn’t be more thankful to all of the people that made our big day so amazing!! @gipephotography – Photography @floravere – Wedding Dress @nadinemerabi – Reception Dress @styleandpalate – Catering @sebastiancruzcouture – Groom’s Suit @thesatorico – Florist @minisbymara – Wedding Cake @greatdanebakingco – Wedding Cookie Cake @onehope / @houseofcarbonadi/@revelspirits – Bar @meetmelmarie – Makeup / Hair @leylamilani – Hair @californiaavepb- Photobooth @bridesbestie- Wedding Planner @birdygrey- Bridesmaid Dresses @ratavosi- Wedding Robe • • • • • • • #sellingsunset #netflix #weddingexclusive #peoplemagazine #maryandromain #romainandmary #wedding #justmarried #netflix #comingsoon #season2 #romainbonnet #mood

During an episode on ‘Selling Sunset’ Mary said they wanted to keep the wedding intimate and made it clear to her costars that if anyone caused drama they would be escorted out.

“We wanted to keep it very intimate and have our families as a big focus. And you never know when we get the cast there with all the cameras, if our families were going to feel comfortable, if there was to be some dramatic fighting with the girls. So I made it very clear to them that we’ll have them escorted out if that happened.”

The couple met in 2017 when Fitzgerald’s boss was moving some of his pastry chefs to the Hollywood and she helped him find a place to stay. The two got attracted to each other and started living together. The couple got engaged on Selling Sunset during the first season.

Romain appeared on ‘Selling Sunset’ season 2 as their wedding was prominently featured on the show.