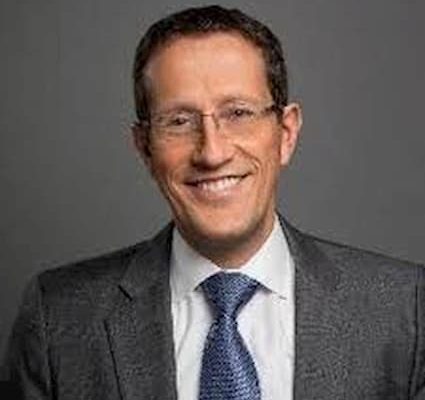 Richard Austin Quest is a British media personality working as  CNN’s foremost international business correspondent based in New York and anchors Quest Means Business. He  is also a presenter of The Express as well as Quest’s World of Wonder and previously worked as the BBC’s North American business correspondent.

Richard was born on 9 March 1962 in Liverpool, United Kingdom.

He stands at a height of 6 inches 2 inches tall.

Quest attended  the state comprehensive Roundhay School in Leeds, followed by Airedale and Wharfedale College before joining  the University of Leeds, where he studied law and graduated with an LLB (Hons) degree in Law  and was called to the Bar . He had already gained broadcasting experience when he spent the 1983–84 academic year in the United States at Vanderbilt University in Nashville, Tennessee.

Not much is known about his parents but  his father was a GP who became a medical legal executive.

Richard was brought up alongside his three sisters. including his twin Caroline who is the director of enterprise and business development at Britain’s University of Leicester.

Quest is openly gay and married his longtime male partner Chris Pepesterny .The two got engaged in May 2019 and he posted a photo of the two lovers with a caption,“ I asked, and he said ‘yes.’”
In March, the two lovers were forced to postpone their wedding but promised to tie the knot before the end of the year.  In a twitter post ,he said, “Today Chris and I were supposed to get married in London. Of course we had to postpone. Sad but necessary. We will marry later in the year, with a bigger party. I wanted to acknowledge how we are all facing such difficult times, in so many different ways. This too shall pass,”  The duo finally tied the knot in October 2020 and quest shared the news on his twitter in a post captioned, “We said ‘I Do’ at the weekend. Happiest day of our lives.”

In an interview last October in Kenya, he said, “I am obviously going to be advancing an agenda that says there should be at least the decriminalization of same sexual activity. It is straight forward, I am not gonna mess around with that one. That is obviously my belief.”

Quest used his expert knowledge of the British Royal Family to front the  coverage of the 2018 marriage of Prince Harry and Meghan Markle; the Queen’s Diamond Jubilee celebrations in 2012 live from the banks of the River Thames; and the 2011 marriage of Prince William and Kate Middleton, now the Duke and Duchess of Cambridge.

Richard  is CNN’s foremost international business correspondent and anchor of Quest Means Business and Based in New York. He also presents The Express, a quick-fire briefing on the latest market movements and business stories that airs live from the floor of the New York Stock Exchange weekdays at 12pm ET / 5pm BST, as well as Quest’s World of Wonder, an immersive travel series that finds Quest exploring a new destination each month and meeting fascinating people who reveal the heart of the city. He also serves as CNN Business editor-at-large and regularly hosts the digital live financial show “Markets Now” live streamed from the floor of the NYSE every Wednesday at 12:45pm ET at CNNMoney.com/MarketsNow.

He has interviewed some of the biggest names in banking like Jamie Dimon of JP Morgan Chase, Bill Dudley, former president of the New York Federal Reserve, and Robert Zoellick, the former President of the World Bank; European policy makers including former IMF chiefs Christine Lagarde and Dominique Strauss-Kahn as well as former EC President Jose Manuel Barroso, and some of the most influential names in corporate America including Microsoft’s Satya Nadella, Coca-Cola CEO James Quincey and Hans Vestberg of Verizon.

He has also reported regularly from G20 meetings and attends the World Economic Forum in Davos, Switzerland each year. Quest has covered every major stock market and financial crisis since Black Monday in 1987 and has reported from key financial centers globally including Wall Street, London, Sao Paolo, Tokyo and Hong Kong.

Quest covered the 2016 U.S. presidential election campaign with his own series, ‘American Quest,’ in which he travelled across the battleground state of Florida interviewing a diverse range of voters in the weeks leading up to the election and also led CNN’s coverage of the ‘Brexit’ vote in 2016, and has continued to report on the impact the historic vote is making on markets, economies and businesses. .

His coverage of breaking news, which has spanned more than two decades, has seen him report on a range of stories from the ongoing Covid-19 pandemic, the death of Yasser Arafat, the Lockerbie Pan Am 103 crash to the death of Michael Jackson. Quest is more than just business; there are few journalists who have had guests as varied, from His Holiness, The Dalai Lama to actress Joan Collins to founder of Playboy Magazine, Hugh Hefner.

Prior to joining CNN, he worked at the BBC, where he was the North America business correspondent, based on Wall Street for 12 years.

Quest is the author of ‘The Vanishing of Flight MH370: The True Story of the Hunt for the Missing Malaysian Plane,’ which details his unique perspective on covering MH370 for CNN. The book was published by Penguin Random House on 8 March 2016.

In April 2020, Quest tested positive for Severe acute respiratory syndrome coronavirus 2 during the COVID-19 pandemic . He announced on air that he has tested positive for coronavirus in a clip  saying, “Yep, I’ve got a positive diagnosis for COVID-19,” he said. “I am grateful and thankful that I don’t seem to have any of the horrific symptoms of the others. I just have a nasty cough, which, thankfully tonight because of our excellent technical staff, you haven’t heard me too much spluttering away.” He added that he does not have “any of the awful breathlessness or fatigue” described by others with the virus.

Richard  was arrested for the possession of crystal methamphetamine in 2008 and was also  sent to Rehab for around six months by the court to undergo drug counseling. He was busted in Central Park with some drugs in his pocket, a rope around his neck that was tied to his genitals, a sex toy in his boot and a small bag of methamphetamine in his left jacket pocket.