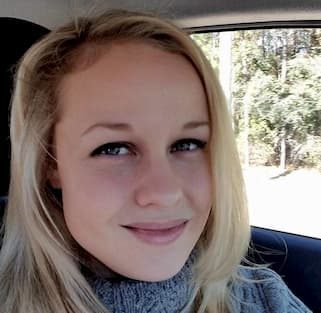 Rebekah Jones is an American geographer and data scientist who is the founder of Florida COVID Action and co-founder of The Covid Monitor. She previously served as a geographic information systems manager for Florida Health.

Jones is married although the name of her husband is unknown.

Rebekah is a geographer whose research and practice is centered around hurricanes and climate change. She uses geospatial science as a tool to study how storms and changing environmental systems impact the Earth’s surface. She served as a climate and hurricanes subject matter expert for the 2014 Louisiana Hazards Mitigation Plan, contributed content to the 2014 National Climate Assessment, and worked with Native American tribes in south Louisiana on climate change and hurricane research, adaptation planning and action.

Her Hurricane Michael storymap won awards in regional and national competitions, and was presented at ESRI’s 2019 User Conference.

Rebekah is a data scientist who previously served as a data scientist for the Florida Department of Health until she was fired in May 2020. During her time there, she was responsible for keeping the state’s COVID-19 dashboard updated. Jones programmed and modeled the design after the Johns Hopkins University global coronavirus map.

In April the COVID-19 Data and Surveillance Dashboard, she created while working as Geospatial Information Sciences Manager at the Florida Department of Health, received praise from White House Advisor Dr. Debora Birx, logged more than 100 million views within six weeks, and was hailed as the national gold-standard for data transparency and accessibility.

Danielle is the founder of Florida COVID Action, which helps track and analyze all authoritative data about the COVID-19 pandemic in Florida. She is also a co-founder of The COVID Monitor, the national database for COVID-19 case data in K-12 schools.

Rebekah was fired as the Florida Health Department’s geographic information systems manager in May 2020. She alleged that she was fired after she refused to manipulate COVID-19 data.

During an interview with NPR, she said; “I was asked by DOH leadership to manually change numbers. This was a week before the reopening plan officially kicked off into phase one. I was asked to do the analysis and present the findings about which counties met the criteria for reopening. The criteria followed more or less the White House panel’s recommendations, but our epidemiology team also contributed to that as well. As soon as I presented the results, they were essentially the opposite of what they had anticipated. The whole day while we’re having this kind of back and forth changing this, not showing that, the plan was being printed and stapled right in front of me. So it was very clear at that point that the science behind the supposedly science-driven plan didn’t matter because the plan was already made.”

When asked if she was actually fired for refusing to manipulate the data she said; “Yes, absolutely. I think that as soon as I said no to one of the many things that they were doing that weren’t ethical, they realized that the data wasn’t so much the problem as the data keeper. And by moving me out of the way, they could do whatever they wanted, show whatever they wanted, create this image that things were improving or that it was safe using a tool that I built, which was extremely disappointing. I wasn’t actually fired for another two weeks.”

Florida Governor Ron DeSantis however disputed Jones’s accusations regarding her firing. A spokesperson of the governor said she was actually fired as she “exhibited a repeated course of insubordination during her time with the department.”

In July 2020, Jones filed a whistleblower complaint against the Florida Health Department, accusing the agency of firing her in retaliation for refusing to manipulate data to support the push to reopen Florida after months of quarantine. She asked to be reinstated in her job with back pay and other compensation.

She alleged that her superiors at the Health Department asked her in late April to falsify statistics, such as what percentage of coronavirus tests showed positive results. DeSantis wanted the state’s public-facing website to show that the percentage of positive tests over two weeks were below 10 percent even if the numbers were higher.

She alleged that when she refused she was removed from her duties managing the state’s COVID-19 dashboard on May 6. She said she worked 12-hour days for nearly two months, maintaining the dashboard and the complex data powering it.

After nearly two weeks on leave, she contacted a supervisor for advice on filing a whistleblower complaint. Shortly afterward, on May 18, the state fired her.

On December 7, 2020 Florida police raided Rebekah’s home executing a search warrant and confiscating electronic devices. The agency is investigating whether Jones accessed a state government messaging system without authorization to urge employees to speak out about coronavirus death.

Jones told CNN that she hadn’t improperly accessed any state messaging system and that she lost access to her government computer accounts after she was removed from her position.

1/
There will be no update today.

At 8:30 am this morning, state police came into my house and took all my hardware and tech.

They were serving a warrant on my computer after DOH filed a complaint.

She claims the raid is an act of retaliation for her persistent criticisms of how Florida has handled the pandemic. She accuses DeSantis of being focused more on political concerns than stopping the coronavirus.

“They took my phone and the computer I use every day to post the case numbers in Florida, and school cases for the entire country. They took evidence of corruption at the state level. They claimed it was about a security breach. This was DeSantis. He sent the gestapo.”

The search warrant was authorized as investigators tried to learn who sent a chat message to a planning group on an emergency alert platform, urging people to speak out publicly about Florida’s coronavirus strategies.

According to the probable cause affidavit, on Nov. 10, an unidentified person gained access to the department’s “StateESF-8.Planning” group and sent a message stating, “it’s time to speak up before another 17,000 people are dead. You know this is wrong. You don’t have to be a part of this. Be a hero. Speak out before it’s too late.”

The Florida Department of Law Enforcement tracked the sender’s IP address which led them to Jones’ home.

Jones was not arrested after the raid or charged with a crime.

Police alleged that she published a 68-page document online discussing private details of her relationship with her former boyfriend, including explicit texts and nude photographs, and shared the link with him.

The man told the police that the two had sex in a classroom in 2017 when Jones was his professor (at the time she was married) at Florida State University. He added that Jones was fired from the institution after threatening to give a failing grade to his roommate as revenge. Jones said the two had a six-month affair until October 2017, and the man is the father of her daughter born in July 2018.

According to the police, Jones wrote an email to the man threatening him. The email read; “You’re going to be famous. We’re going to destroy each other. This is never going to end.”

In March 2018 she was charged with robbery by sudden snatching, violation of injunction against domestic violence and trespassing after warning. This was after she was arrested after her ex-boyfriend Sweeterman Garrett reported her to the authorities. 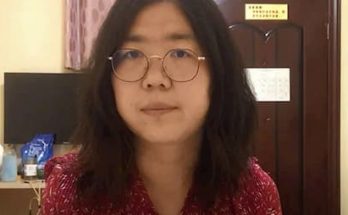 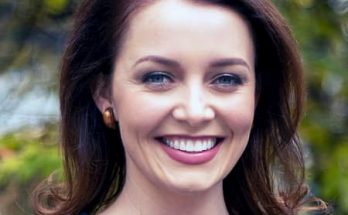