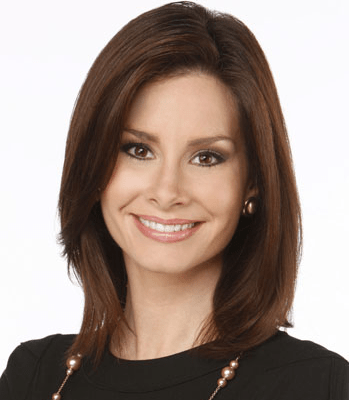 She was born on September 28, 1981 in Minneapolis, Minnesota.

Jarvis graduated from St. Paul Academy and Summit School in 1999 and the University of Chicago in 2003, studying economics and Law, Letters, and Society. She studied international economics and business in Paris at Sciences Po and Paris Dauphine University.

She is the daughter of Gail Jarvis and James T. Jarvis. Her father is a lawyer and a business consultant in Chicago while her mother is the Chicago Tribune’s nationally syndicated financial columnist.

Jarvis married Matthew Hanson on January 28, 2012 at McNamara Alumni Center in Minnesota. They are both graduates of University of Chicago and worked together at Banc of America Securities in Chicago. She was proposed to on LaSalle Street in Chicago in December 2010. Rabbi Barry Axler officiated the ceremony with the bridegroom’s father, the Rev. Craig Hanson, the lead pastor at Roseville Lutheran Church in Roseville, Minnesota, taking part. Matthew is a Chief Growth Officer at Black Buffalo Incorporation.

On 20 February 2019, their marital life got filled with more happiness as they welcomed their first child, a daughter named Isabel Noemi Jarvis Hanson.

Rebecca Jarvis is an Emmy-award winning journalist. She is ABC News’ Chief Business, Technology & Economics Correspondent; the host and creator of “The Dropout,” a top rated podcast which chronicles the rise and fall of Theranos founder Elizabeth Holmes; and the host and creator of the highly acclaimed “No Limits with Rebecca Jarvis” podcast, which features game changing women. As Chief Business, Technology & Economics Correspondent, Jarvis reports for all ABC News programs including Good Morning America, World News Tonight with David Muir, Nightline, 20/20, and This Week with George Stephanopoulos.
Before joining ABC News Jarvis was co-host of CBS This Morning: Saturday, and Business and Economics correspondent for CBS News. Prior to CBS News, she spent three years at CNBC reporting on market news from the New York Stock Exchange, NASDAQ and the New York Mercantile Exchange. She contributed regularly to NBC News including the Today Show and Nightly News.
She began her journalism career writing for Crain’s Chicago Business and Business 2.0. She has also worked in investment banking and foreign currency trading.
Jarvis received national recognition for her work with Colin Powell to empower children and improve communities and was named a “National Point of Light,” receiving accolades from Presidents Bill Clinton and George H.W. Bush.

She is the host and creator of, No Limits podcast.

Have a dream but don’t know where to begin? Looking for wisdom from women who’ve already “been there?” Whether you’re looking for answers or you just want to hear a good story, you’re in the right place. Hosted by ABC News Emmy Award-winning journalist and Chief Business, Technology & Economics Correspondent Rebecca Jarvis, “No Limits” is where the most-impressive women in the world go to let their guards down and share honest stories about what it really takes to build an empire. Each week Rebecca speaks to bold and influential women about their paths to success, their choices and tradeoffs along the way, and their pitfalls and lessons learned. The conversations focus on practical advice and never-before-shared wisdom from across industries. Plus Rebecca always asks her signature question “What’s the worst advice you’ve ever received?” New episodes every Tuesday.

The Dropout is an American podcast hosted by Rebecca Jarvis that follows the story of Elizabeth Holmes and Theranos. It was produced by ABC news, Taylor Dunn, Victoria Thompson, and Ashley Louszko. Following the podcast, a two-hour 20/20 episode premiered in March 2019, following the popularity of the podcast. The series is scheduled to be made into a TV series of the same name.
It was awarded Podcast of the Year in iHeartRadio Podcast Awards (2020).

There are no updates on her salary though she is likely to be earning a lot of money from her well paying job.