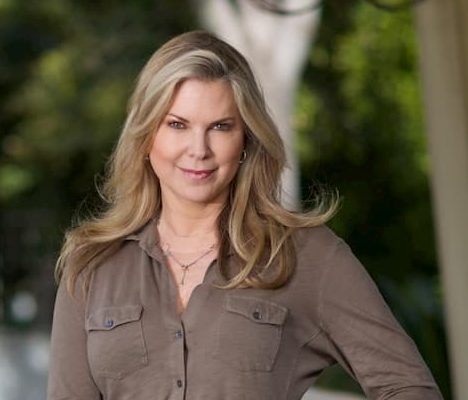 Rebecca Gray Grossman is a California socialite, and founder and chair at Grossman Burn Foundation. She is also Luxury Magazine Publisher and editor at Powerhouse Lux Media, Inc. On September 29, 2020 she was arrested after she struck and killed two brothers Mark Iskander, 11, and Jacob,9, at a crosswalk in Westlake Village.

Rebecca is married to Dr. Peter Grossman. According to the Grossman Burn Foundation website, he is a Board-certified plastic surgeon whose medical practice is divided between cosmetic and reconstructive surgery and the care of the burn-injured patient. He graduated from Northwestern University and Chicago Medical School and did his surgical residency at Cedars Sinai Medical Center, a plastic surgery residency at the University of Missouri at Kansas City, and fellowships in breast reconstructive surgery and aesthetic and endoscopic surgery at the University of Alabama at Birmingham.​

He returned to Los Angeles in 1995 and joined his father at what has become the Grossman Medical Group. He serves as the Medical Director of the Grossman Burn Center at West Hills Hospital and currently serves as Chair of American Burn Association’s Region 9, which includes California, Oregon, Washington, and Hawaii.

Together with her husband, they share two children together although their names are unknown.

Rebecca and her husband are the founders of The Grossman Burn Foundation, a non-profit organization where she serves as the Chair. The foundation was founded after Rebecca and Peter became the legal guardians for a young girl named Zubaida Hasan who was a burn patient from Afghanistan. Dr. Peter Grossman performed over thirteen reconstructive surgeries while Zubaida lived with them. After learning of the trials and tribulations of loving a young burn survivor, the Grossman’s formed The Grossman Burn Foundation.

The foundation’s signature projects include helping to open the first highly specialized reconstructive surgery and burn center in Kabul, Afghanistan, publishing a Humanitarian Assistance manual for worldwide distribution, developing a Triage Training Program for physicians in developing countries and Project Faith, an ongoing program to support the needs of burn survivors as well as their Stop Violence Against Women globally campaign.

Rebecca and her husband, Peter are involved with a number of charitable organizations. They received the Baha’i Human Rights Award in 2003. In 2009 they were honored by The Bayat Foundation with the Humanitarian and Leadership Engagement Award in Washington D.C. In 2015 they were chosen by The Concern Foundation for their annual Humanitarian and Community Leaders Award. They were also honored by the Haven Hills Foundation for their commitment to the prevention of domestic violence in 2017.

Rebecca was honored by The American Heart Association in 2007 as their Woman Of The Year at the annual Go Red For Women event. In August 2010 she was honored for her humanitarian work at the first annual fearless woman day luncheon benefitting the Anne Douglas Center for Women at the Los Angeles Mission.

Rebecca is a former journalist who served as a guest host with news anchor Ellen Leyva on a weekly morning news segment entitled, “Stop The Clock” for ABC7 Eyewitness News in Los Angeles. The segment focused on breakthroughs in the field of anti-aging medicine.

Prior to becoming a journalist, she worked in the healthcare field as a researcher and marketing executive. She owned and operated a medical marketing business, Medi-Marketing and Associates, and later founded Advanced Laser Specialist, Inc. In 1997 the company merged with Physiologic Reps, Inc. in Glendale, California where she was appointed Director of Marketing and focused on marketing strategies and corporate profile development.

According to her bio on the GBF website, she is the Publisher and Editor In Chief of Westlake Magazine, which was founded in 1992, West Luxury Magazine and Paragon Healthy Lifestyles Magazine, premier west coast luxury publications.

She is also the CEO of Powerhouse Lux Media, Inc. and DITL (Day In The Life) Apps, a cutting-edge mobile application development company.

The boys were walking with their family at the time of the accident. According to Capt Salvador Becerra of the Los Angeles County Sheriff’s Department, the mother and father were able to pull “the other two children back in time, and the vehicle struck the two other children”

According to the Daily Mail, the children’s parents Karim and Nancy Iskander heard the speeding Mercedes and reached out to protect their children. They were only able to grab their other two children, Zackary & Violet. Mark and Jacob were too far away and were hit by the car

According to KABC one of the boys was carried for more than 100ft down the road on the hood of her car before she hit the brakes. The boy then rolled onto the street and Grossman ran him over while leaving the scene before pulling over a mile and a half away.

Mark and Jacob were both members of the Archangel Michael Coptic Orthodox Church where they served as deacons.

Grossman was arrested on two counts of vehicular manslaughter and her bail set at $2 million. Detectives are investigating whether street racing and/or alcohol were possible factors in the crash.

According to investigators, Rebecca was under the influence when the accident happened.