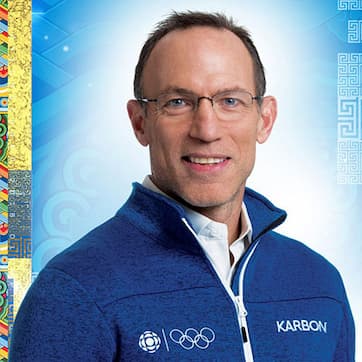 He is a loving son to Ed Ferraro(father) and Anna Ferraro(mother).

He has been married since 2004 to his lovely wife Cammi Granato. Cammi is a Hockey Hall of Famer.

He is a devoted father to Landon Ferraro, Matt Ferraro, Riley Ferraro, and Reese Ferraro.

Mario Ferraro and Ray are not related except with surname. Mario is a Canadian professional ice hockey defenseman. He plays for the San Jose Sharks of the National Hockey League as an alternate captain (NHL).

Ferraro began his broadcast career delivering analysis for NHL 2Night on ESPN alongside John Buccigross and Barry Melrose while still an active NHL player, and he was recently a game and studio commentator for NHL on TSN. He joined the TSN broadcast team full-time in 2008 and has since established himself as one of Canada’s most renowned hockey commentators. Ferraro has also done NHL analysis for NBC.

Additionally, he has also done color commentary for Rogers Sportsnet West’s Edmonton Oilers broadcasts, and TSN’s Toronto Maple Leafs and Ottawa Senators games.  Ferraro was also the lead color commentator for the 2018 Winter Olympics and gave color commentary and analysis for CTV during the 2010 Winter Olympics. Ferraro, a native of Trail, B.C., played 18 seasons in the NHL and scored 408 goals and 490 assists for a total of 898 points. This featured two seasons with 40 goals and an invitation to the NHL All-Star Game in 1992.

Ferraro was a prolific scorer in junior hockey, winning the WHL MVP award in 1984 before being picked by the Hartford Whalers. Before retiring in 2002, Ferraro also played for the New York Islanders, New York Rangers, Los Angeles Kings, Atlanta Thrashers, and St. Louis Blues.

He made history on November 23, 2015, when he became the first hockey announcer to call a game in which their child was participating. He scored 408 goals and 490 assists for a total of 898 points in 1,258 games during 18 seasons in the NHL. In 1992, he was selected for the NHL All-Star Game, which was held in Philadelphia. He also had two seasons with 40 goals.