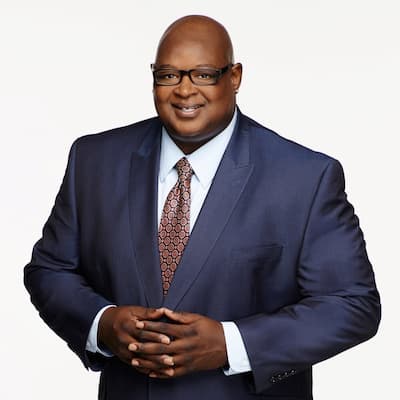 Randy Mac is an American Emmy award-winning journalist and consumer reporter for NBC4’s I-Team. Mac has assisted Southern California to recover and save millions of dollars through his investigative consumer reports since joining NBC4.

He was born and raised in Canton, Ohio, he has not yet shared with the public about his date of birth or when he celebrates his birthday.

He stands at the height of 5 feet 7 inches tall.

Mac attended the Edinboro University of Pennsylvania and was able to graduate with a B.A. degree in speech communications, afterward he began his career.

Growing up in Ohio he has not shared much information concerning his parents, relatives and even siblings keeping the information private.

He is a married man and with her beautiful wife they are blessed with a son.

Mac is a journalist and consumer reporter for NBC4, having experience for three decades in journalism. Ever since joining the station, he has assisted Southern Californian’s saving millions of dollars through his investigative consumer reports.

Before joining  NBC4 Mac began his career after graduating from college, he started as a general assignment reporter at WSEE-TV in Erie, Pennsylvania. Prior to that, he served as an education reporter for WHIO-TV in Dayton, Ohio. Mac’s most memorable interviews were on the campaign trail with former President Bill Clinton and Hillary Clinton.

He worked as a general assignment reporter for NBC 5/KXAS in Dallas from 2003 to 2014 after working for WHIO-TV. Where he covered the slayings of Kaufman County prosecutor Mark Hasse, District Attorney Mike McClelland, and his wife, Cynthia McClelland, who were shot by a former Justice of the Peace.

Prior to working for NBC 5/KXAS, he worked for KOCO-TV in Oklahoma City for six years. During his tenure, he was able to be trained to storm track and in 1999 covered the first recorded F5 tornado in the area.

His ability to read people’s instincts and situations has played a major role in his career together with his insatiable curiosity to find answers enabling him to secure compelling stories that will inform our viewers and protect them as well. He assisted an Orange County mother to four children after suffering a back injury as a bus driver and was subsequently paralyzed during surgery to get an insurance settlement back in 2016.

In his career, he has received various broadcast honors such as Regional Emmy Award for Breaking News. He was awarded top honors for his investigative piece concerning the cost of health care in city jails by the Oklahoma Association of Broadcasters. Associated Press and numerous civic honors for his community involvement.

Mac is fluent in Portuguese.

He has an estimated net worth of $1 million – $4 million.