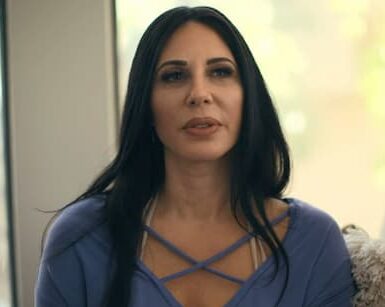 Radha Hirsch (previously known as Ursula Astroff) is the ex-wife of Doc Antle, an American animal trainer and private zoo operator who is the star of Netflix’s docuseries, ‘Tiger King: The Doc Antle Story.’

Hirsch is the daughter of Diane Ducharme. She appears on Netflix’s docuseries, ‘Tiger King: The Doc Antle Story.’ She explains her story of how her daughter, Radha, ran away with Doc and the effects of it on her life. Diane said that she lost her job as she was so distraught trying to find where her daughter was.

Radha was married to Doc Antle (born; Kevin Antle) The two got married when Radha was 15 years old and Doc Antle was 26 years old. The two married without Radha’s parent’s consent. Astroff had been spending many weekends at Doc Antle’s house since her mother was often away and she became Doc’s and his then-wife Betsy Rogers’ babysitter.

At the age of 14 Radha began a romantic relationship with Doc “I was 14 the first time anything romantic happened,’ she alleged. ‘He told me that it was one of his specialties, but the first time was a bit underwhelming. After we were together, he said: ‘If it’s not okay with you, you know I can make you forget’.

I was 14 and he was 25. My mum was wanting me to realize how inappropriate the situation was and I remember him saying, ‘don’t worry, we’re going to work it out, we’re going to be together’”.’

After Radha’s mother found out that the two were involved romantically, she flew Radha out of Virginia and enrolled her in a catholic school. Radha would tell Antle in detail her route to and from school, and one day he showed up and she ran away with him.

‘In my mind, I ran away yes, but I wasn’t thinking that it was really an abduction. was all too happy to jump in that car and run away with him.

He put me in a hotel on the outskirts of DC. I was living in an Econo Lodge by myself for at least a month.’

Radha eventually contacted her mother to let her know she was alright. The moment she told Doc he allegedly cut her hair and disguised her and she changed her name to Chantal Rivera and moved to live in his zoo in Virginia.

A month later the two got married, they forged Radha’s father’s signature as she was still underage and couldn’t be allowed to get married without a parent’s consent.

‘We forged my father’s signature on the marriage license because you’re not allowed to get married at 15 without one of your parent’s consent.’

Their marriage was however short-lived as Doc confided in her that he was attracted to her when she was younger since she was 11 which she said creeped her out and she soon began to master a getaway.

It is not known whether Hirsch has any children or not. She however doesn’t have children with her ex-husband, Doc Antle.

Radha appears on Netflix’s docuseries, ‘Tiger King: The Doc Antle Story.’ The docuseries examines the life of Bhagavan “Doc” Antle, who runs a private zoo in Myrtle Beach, South Carolina. He was an associate of Joe Exotic and appeared on Tiger King where he was portrayed as the anti-Exotic, but by the end of the original season, he was portrayed as a man who exploited women and animals in his zoo. The spin-off examines the stories of the women who came forward to talk about being sexually abused by Antle and other misdeeds that had nothing to do with the abuse he heaped on the animals at his private zoo.

It is not clear what Radha does for a living. It is not known whether she got married or has any children. She lives in Arizona.