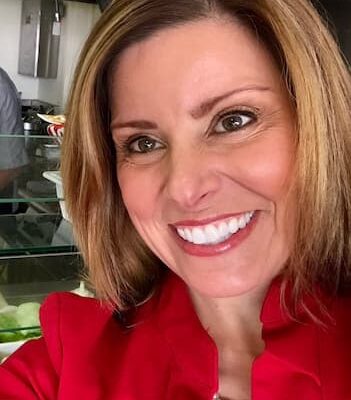 Rachel Bianco is a general assignment reporter and also a fill-in anchor for ABC 10 in New York City, where she has worked since May 2009. She worked as a broadcast journalism student at Western University with a minor in Spanish before joining ABC 10. She is an Emmy-nominated journalist with a bachelor’s degree in broadcast journalism and a minor in Spanish from West Virginia University.

She was born on May 16th, 1987 in the United State of America. She is a native of Pittsburgh who relocated to San Diego after five years of anchoring and reporting in Detroit.

She is a beloved daughter to Leonard Green (father) and Sandra Green (her mother). Her grandmother is called Ida Green.

She also has two sisters Jill Green and Amy Green. We also know of her grandmother who is known as Ida Green.

Rachel is married to her husband whose name is still not known.

Bianco is a mother of one, Emma Geller.  With their two dogs live in North County. She also has a small dachshund and a golden retriever. Naturally, the wiener dog is in charge of the household.

Bianco’s most memorable moments are when she covered the Santa Barbara wildfires, the Detroit mayoral scandal, the crash of a University of Michigan medical flying team, Hurricane Wilma, and following the Tigers to the World Series are Hurricane Wilma, a light team.

Additionally, she started as a general assignment reporter and fill-in anchor for 10News in May 2009. After five years of anchoring and reporting in Detroit, the Pittsburgh native relocated to San Diego. Rachel  also worked at stations in Northern Michigan, South Texas, and the Mississippi Delta in the same capacity. Rachel also reported on K9 Windy which has been a valuable asset to Riverside County during her service years.

His net worth is approximately $  2 million – $5 million.