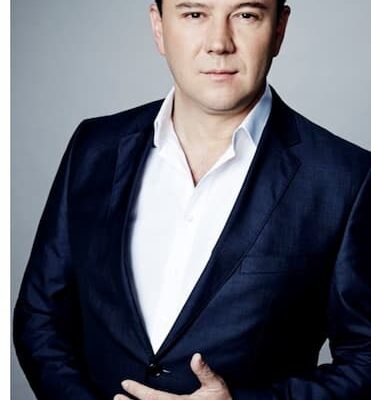 Phil graduated from Macleay College in Sydney with an associate diploma in Journalism.

Black has not revealed any information about his parents.

No information about his siblings is available.

Phil married his wife Ellie Taylor in 2015 in an intimate wedding in London.  Ellie Taylor is an English, comedian, television personality, actress, and writer.  She regularly appears on television shows such as Mock the Week, Live at the Apollo, Snog Marry Avoid, 8 out of 10 Cats and Sicknote and is a recurring guest star on Ted Lasso as Sassy. She is also a radio presenter on Heart FM.

Black and his wife have a daughter known as Valentina Black born on November 28, 2018.

Phil is a CNN International correspondent based in London. He joined CNN in April 2007 as a freelance reporter and later became a CNN International’s Russia correspondent based in Moscow. During his tenure, he has reported on numerous high-profile stories such as Vladimir Putin’s landslide re-election as president and the controversial arrest and detainment of protest punk group Pussy Riot. The Finnish classroom shootings, the McCartney-Mills divorce hearings, the attempted London terror attacks, the search for Madeleine McCann and the Princess Diana inquest.

He also played a crucial role in CNN’s coverage of the crisis in Ukraine – from his reporting on the Maidan protests in Kiev, to his coverage of fighting between pro-Russian rebels and government forces in Donetsk. He also reported on the ground at the crash site of the downed Flight MH17, broadcasting on the incident and its aftermath. He also reported on the shooting of an anti-government protester in Independence Square which saw him recognized at the 2014 AIB awards.

He began his career as a researcher on Australia’s Channel Nine ‘Getaway’ programme where he helped with logistical planning for crews shooting travel stories around the world. He worked at the channel for five years as both producer and later a reporter. He later joined Seven News in Sydney as a correspondent on Australia’s highest rating news programme for seven years where he covered the Asian Tsunami from Sri Lanka.