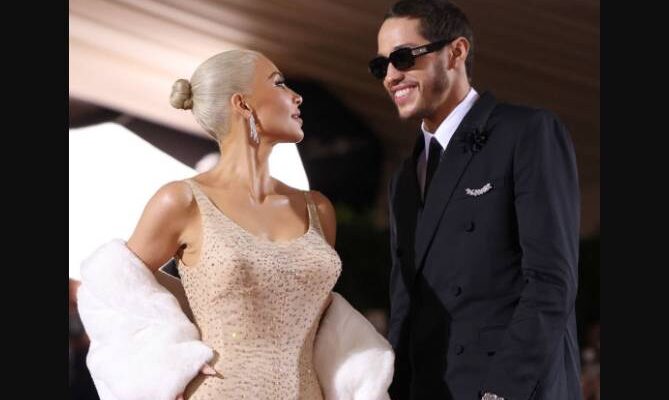 Pete Davidson has had an illustrious career on our TV screens and in pop culture. While his relationship with Kim Kardashian has us speaking about him more than we have in the past, he has made his affections for Kim K obvious. He is loving her loudly, posting pictures on social media and all. Kim K’s ex, Kanye West, seems bothered by this relationship as he is all over commenting about it negatively. Pete just asked Kanye to let Kim K be.

In other news, Kim K is actually making headlines in business. She recently sold a good chunk of KKW cosmetics to Coty, which sells in regular retailers like Coles, thus adding to the large selection in the Coles specials. This goes to show that her life is going in the right direction – she has moved on from Kanye’s hold.

Born Peter Michael Davidson to a nurse mother and firefighter father, Pete is a Staten Island native. His father was a first responder at the 9/11 attacks, and he, unfortunately, lost his life. Pete has spoken about how this caused him to suffer from depression. He was also diagnosed with borderline personality disorder and Crohn’s disease, both conditions that he is receiving treatment for. Pete’s birthday is on the 16th of November; he was born in 1993 – this makes him a 28-year-old Scorpio.

Pete Davidson’s Career and Net Worth

Pete first appeared on TV as a cast member of Saturday Night Live in 2014. He then had major roles in other series and movies like Brooklyn Nine-Nine, Guy Code, Friends of the People, and Failosophy, among many other films. Davidson co-wrote and starred in a movie called The King of Staten Island in 2020. The film received international and Hollywood nominations. Pete also does stand-up comedy, a gig he started at age 16 in front of a few friends. His current net worth is estimated to be between $8 million and $10 million.

Before Kim K, there was Ariana Grande and a string of equally stunning women, including Kate Beckinsale. Pete and Ariana had a public relationship, and this is one of the things that also added to his fame in 2018. A few weeks after dating, Pete proposed, and Ariana said yes. Their relationship ended after 5 months.

Pete and Kim had known each other over the years. Their connection came to life when Kim hosted an SNL Live episode as they exchanged numbers after that and began speaking – this was in October 2021. They became official in November 2021, taking a vacation to the Bahamas in January 2022. Pete has since tattooed ‘my girl is a lawyer’ on his chest, and rumour has it he has other Kim tattoos. Very sweet, we think.