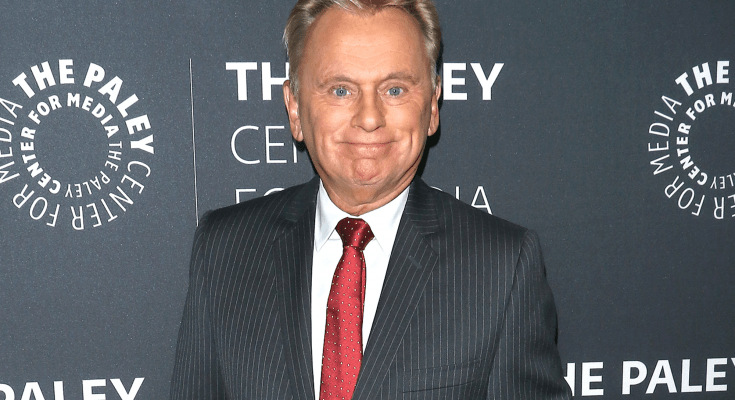 Pat Sajak (Patrick Leonard Sajdak) is an American Television personality, best known as host of the popular game show ‘Wheels of Fortune’. He also served as an anchor and a weatherman for ‘NBC.’

Sajak graduated from Farragut High School in 1964. Later, he went to Columbia College in Chicago. He worked as a desk clerk at the Palmer House Hotel while he was a college student.

He is the son of Joyce Helen and Leonard Anthony Sajdak, a factory worker. His father died when he was young. After his father’s death, his mother married Walter Backal.

He has a brother, David Sajdak and a half brother William Backal.

Sajak married his first wife, Sherrill Sajak in 1979 and they divorced in 1986. Three years after his divorce, he started dating Lesly Brown and married her in 1989. Lesly is a photographer. The family lives in a massive mansion in Maryland, with a second home in Los Angeles.

Pat worked as a D.J. in the early 1970s. He started gaining fame and then got a voiceover job at NBC’s Today Show. This became a stepping stone towards his anchoring career. He also became the weatherman for KNBC-TV.

In 1981, the channel offered him a chance to host the game show, “Wheel of Fortune.” However, the president and CEO of NBC did not like the decision and Pat hosted other game shows, “Press Your Luck,” and “Puzzlers.”

He started hosting the show in 1983 and hosted the show for a total of six years. He then hosted a CBS late-night talk show.

In 1982, he had a cameo role in the comedy film, “Airplane II: The Sequel,” as a newscaster. In another game show, “Super Password,” he appeared recurrently from 1984 to 1989. Similarly, he had a guest appearance in the game shows, “Dream House,” and “Just Men!”

He has also worked with other channels. In CBS, he hosted his own night talk show, “The Pat Sajak Show,” in for two years, 1989 and 1990. He also appeared as a guest host in the talk show, “Larry King Live,” of CNN. Similarly, he worked in a morning talk show, “Live with Regis and Kelly.” In 2003, with the Fox News Channel, he started the show, “Pat Sajak Weekend,” premiered on every Sunday nights. In 1983, he had his appearance in the soap opera, “Days of Our Lives,” as the role of Kevin Hathaway. Then in 1993, he starred in animated series, “Rugrats.”

Meanwhile, in 2019, Pat  made the world record of being the longest-running host of any game show. Hosting the “Wheel of Fortune,” on May 8, he held the record of 38 years and 198 days. He has a contract signed with the show until 2022. In November 2019, he underwent surgery and the co-host of the show, Vanna White took over his place. Pat returned after a couple of weeks, on December 5.

On November 8, 2019, Sajak underwent emergency intestinal surgery to remove a blockage. While he recovered, co-host Vanna White hosted in his place. The first taping day in which Sajak was incapacitated was a Disney-themed Christmas episode week, and Disney characters took over White’s role at the puzzle board for that week.

He is reportedly worth $65 million, making him one of the richest TV show hosts in 2019.