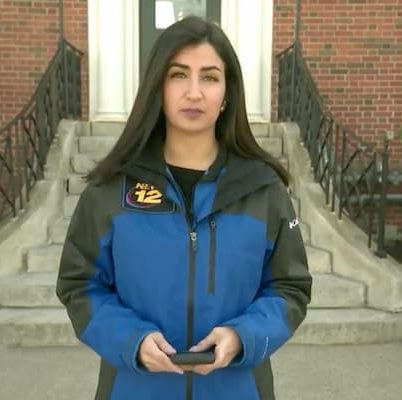 Nina Kapur was a CBS New York reporter who died after a moped accident on Saturday, July 18, 2020. She was injured during an accident in Manhattan on Saturday and was taken to Bellevue Hospital, where she later died.

She was 26 years old at the time of her death.

She graduated from Syracuse University’s S.I. Newhouse School of Public Communication and Whitman School of Management with a Bachelor’s degree in Broadcast and Digital Journalism.

There is no public information regarding her personal life. It is not clear whether she was in a relationship or not.

Nina was a reporter for CBS 2 News in New York.

Nina served as a reporter and multimedia journalist at News 12 Connecticut from November 2017 to June 2019. She reported on breaking news, feature stories, and enterprise pieces to an expanding audience at the NPPA small market station of the year.

Nina was a journalist who began her career as a staff writer for The Daily Orange. She later joined Citrus TV, Syracuse Unpeeled. She operated teleprompter software for the parody show and monitored the speed of the machines scrolling words to meet the speaker’s pacing.

In January 2014 she joined WAER 88.3 Syracuse Public Radio as an intern for five months. She later interned at WPVI-TV 6ABC Philadelphia. She also worked as a freelance primary reporter for KWES-TV NewsWest9. In May 2016 she joined WDVM TV as a multimedia journalist and weekend anchor.

Nina died on Saturday after she got into a crash on a moped in Manhattan CBS 2 announced on Sunday night. She was seriously injured in the crash and died later at Bellevue Hospital.

The station said in a statement; “We are heartbroken here at CBS2 as a member of our news family has passed away. Our thoughts and prayers are with Nina’s family. She will be missed.”

this is the nina kapur i met in college: excellent at what she did while wearing a big smile on her face. i remember telling her i couldn’t wait to watch her on national news one day… she deserved more. praying for her family and loved ones. https://t.co/EdzEW9r2NE

When I interned at @WDVMTV, Nina Kapur was a shining light. Happy to chat with me about the business, Syracuse, or anything life related. She made countless sacrifices to make it to New York. Her work won’t be forgotten. Prayers to her family and friends ❤️ @WCBSTV pic.twitter.com/IiLU9IiD1C

Our hearts are broken. @CBSNewYork @ninakapur1 we will miss your smile, your warmth, your presence. Rest In Peace young lady. pic.twitter.com/b4rBhvHWGx

She was one of my best friends. In college, we had plans of co-anchoring in Philadelphia together (our home town); earlier this year, we thought maybe that idea wasn’t so far-fetched.
May she rest in peace ?https://t.co/HaQlGBqDJk