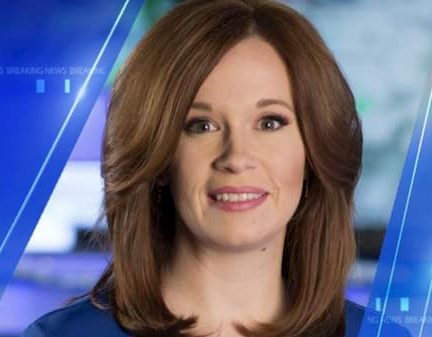 Her actual age is unknown but she celebrates her birthday on February 23rd.

She attended Goshen High School and later joined State University of New York College at Oswego graduating with a Bachelor of Science in Meteorology. She also has specialized training, television and radio broadcasting from CSB School of Broadcasting.

She has two siblings; a brother and a sister.

These two are my everything!!! My life wouldn’t be complete without you. #nationalsiblingday

A post shared by Meteorologist McCall Vrydaghs (@mccall_vrydaghs_whio) on Apr 10, 2018 at 1:16pm PDT

She is married although the name of her husband is unknown.

McCall has a daughter known as Giuliana who was born on October 11, 2016. She announced her birth through a Facebook post which read;

“Hello world!!!! Baby Giuliana has made her arrival. Born October 11th at 6lbs 14oz and 19.8″ long. I’m doing great and both my husband and I are super excited! Thank you all for going on this journey with me. I will try to keep you updated throughout my maternity leave and can’t wait to see you all again in December. Life is a little busy right now, so if I don’t get around to responding to your wonderful messages, just know that I am truly grateful for your love and support!”

She began her career as a weather Intern for WIXT-News Channel 9 in Syracuse, New York. She later joined CNN Headline News Radio as a local reporter and meteorologist and later doubled as a production assistant. During the same period, she also served as a graphic designer for Hudson Valley Press.

In 2009 she joined RNN-Tv, Fios1 News as an audio operator and later a weekend meteorologist until August 2012 when she joined Cox Media Group Ohio.

She has covered a variety of weather events in the Miami Valley. She alerted the public to dangerous weather during the Vandalia, Cedarville and Beavercreek tornadoes, the 100-year-flood on I-70 in 2014, and the tornado outbreak of 2016.

She also tracked 15 tornadoes on Memorial Day 2019 for nearly 4 hours as they ripped across the Miami Valley, included three EF3 tornadoes and one devastating EF4.

Due to her reporting, she earned an Emmy for her coverage of the Ohio Valley Chapter of the National Academy of Television Arts & Sciences in 2017. She also placed first in the Ohio Regional APME Awards for ‘Best Weathercast’ in 2017, and placed 2nd for 2015, 2016 and 2018.

Her actual salary is unknown but the average annual salary of a chief meteorologist in Dayton, Ohio area according to glassdoor is $80, 550.

Wearing green because I can’t when I’m in front of the green screen. #perksofworkingfromhome #wfh #newslife

A post shared by Meteorologist McCall Vrydaghs (@mccall_vrydaghs_whio) on Apr 23, 2020 at 7:21pm PDT