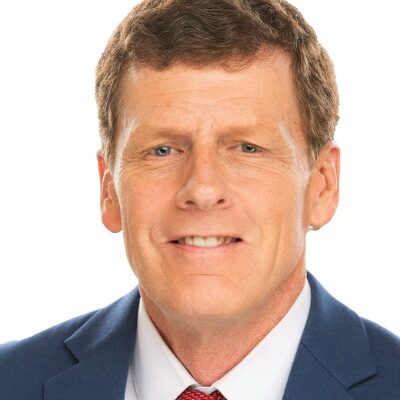 Matt Hinkin is an American certified Broadcast Meteorologist who served as a meteorologist at WATE-TV On Your Side until he retired in August 2021.

On September 23, 1963, Matthew David Hinkin was born. He was born in Lawton, Oklahoma, and currently calls Knoxville, Tennessee home.

He is the youngest of Paul and Mabel Hinkin’s six children. In 1992, Paul Hinkins passed away.

Dr. Daniel Hinkin, Matt’s brother, and their father, Paul, were also war veterans. Dan worked as an orthopedic surgeon in the United States Air Force before passing away in 2013.

Mabel Hinkin and some of her children have settled in Manhattan, Kansas, with their separate spouses and children.

Hinkin was married to Deborah Jack Hinkin for 28 years before she died on November 21, 2020. The couple met at WATE-TV where they both worked.

Matt’s wife Deborah died in a road accident on November 21, 2020 on I-640 West near Buffat Mill Road in Knoxville.

According to Knoxville Police Department, one vehicle seemed to have entered the interstate against traffic and traveled eastbound in the westbound lanes striking the second vehicle which hit a third vehicle.

“Due to the severity of the crash, KPD crash reconstruction units responded to the scene to investigate. At this time, based on the preliminary investigation, it appears that vehicle one entered the interstate against traffic and traveled eastbound in the westbound lanes. Vehicle one then struck a second vehicle, which made contact with a third vehicle.”

Matt and his wife have a son known as Joshua David Hinkin.

He came to WATE-TV in Knoxville in February 1990, and has since called it his home. He previously worked on KSNF-TV, Joplin, Mo as a Reporter/Photographer/Editor and Meteorologist and at KSNT-TV, Topeka, Kan, as a Photographer and a Meteorologist.

Matt was diagnosed with Parkinson’s Disease shortly after he turned 50. The diagnosis was made while undergoing a routine physical. Parkinson’s disease was identified by a neurologist at the University of Tennessee’s Cole Neuroscience Center. Matt’s coworkers and viewers had been noticing his symptoms and changes for several years before he shared the diagnosis.

He kept it a secret for a long time, but as everyone’s anxiety grew, he felt compelled to divulge his illness. His right side has been impaired, and he has to move more slowly, but he has been getting physical treatment to alleviate the symptoms.

Matt retired from WATE 6 On Your Side in August 2021 after more than decades covering the weather.

Details of his annual salary are not known to the public.