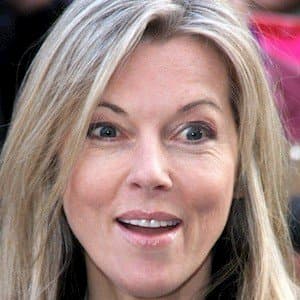 Mary Nightingale is British media personality working as a presenter of ITV Evening News  and also served as  a newsreader for ITN on ITV News as well as presented  the daytime cookery series Britain’s Best Dish in 2011. She previously worked as BBC World’s World Business Report as a presenter and writer.

Mary was born on 26 May 1963  in Scarborough,  North Riding of Yorkshire, England.

She is a British by nationality.

Nightingale attended St Margaret’s School, an independent school for girls, near the Royal Devon and Exeter Hospital in Exeter, Devon, and King Edward VI School in Totnes, Devon. She then joined Bedford College, University of London, now merged with Royal Holloway, University of London where she obtained a BA in English .

Nightingale is the daughter of  Michael Conrad Braxton and Evelyn Jackson . She hasn’t revealed much information about her parents.

Mary hasn’t revealed any information concerning her siblings and it’s therefore not known if she has any siblings.

Mary is married to Paul Fenwick ,a director and producer of various projects. He is also the owner of the famous company Mazza Films, which was established in 2018. According to the company’s website, they make commercials, brand films, podcasts, documentaries, and training films. He is  a former Human Resource director of Trail finders , a travel company. They were teenage sweethearts. The couple tied the knot in April 2000. ,

Mary and her husband has two children ,a daughter Molly Fenwick, born in January 17, 2003 through a non-emergency cesarean section  and a son Joe Fenwick who was born in 2005.Nightingale also revealed that she had a miscarriage in February 2002 due to workload.

Mary has been part of the  ITV’s News presenting team since 2000. She presents ITV’s 6.30 News alongside Alastair Stewart. Nightingale was also an occasional presenter of the ITV Lunchtime News and ITV News weekend bulletins, and previously acted as a relief presenter on ITV News at Ten before the programme’s restructure in October 2015.

She has  also fronted various ITV programmes including: Holidays Undercover in 2006, The Girl Who Would Be Queen, and Diana – A Service of Thanksgiving in 2007. In April 2011, she took over from Mark Nicholas as the host of the ITV daytime cookery programme Britain’s Best Dish. On 23 September 2012 she presented William & Kate: The South Seas Tour on ITV. On 13 December 2016 it was announced Nightingale would become the sole presenter of the ITV Evening News from January 2017.

During her time at ITV News Mary has been involved in some of the UK’s biggest stories. She broke the news of the death of the Queen Mother, coverage which was later nominated for a BAFTA. She was one of the first to interview Kate and Gerry McCann after the disappearance of their daughter Madeleine in Portugal and the parents of Drummer Lee Rigby, the soldier murdered in Woolwich.

Mary has covered three General Elections, and interviewed numerous politicians, including Tony Blair. She made an hour-long documentary about Nick Clegg, accompanying the Lib Dem leader on the campaign trail, in the run up to the 2010 election .Mary has made two documentaries about the Duke and Duchess of Cambridge, following them on their first foreign tour to Canada, and then to the Solomon Islands and Australia. She was in pole position at Westminster Abbey for their wedding, as she was for the Queen Mother’s funeral ten years earlier; and at St Paul’s for the Queen’s Diamond Jubilee in 2012. She won acclaim for her documentary marking the Queen’s 80th birthday “The Girl Who Would be Queen”.

Prior to working for ITV, Mary also covered corporate and economic news on BBC’s World Business Report as a writer and presenter. She has also been a co-presenter to Carlton country and the Holiday Programme in BBC one. Nightingale also worked for Reuters Financial Television in 1994 as a presenter on the early morning financial program.

Mary has an estimated net worth of $2million