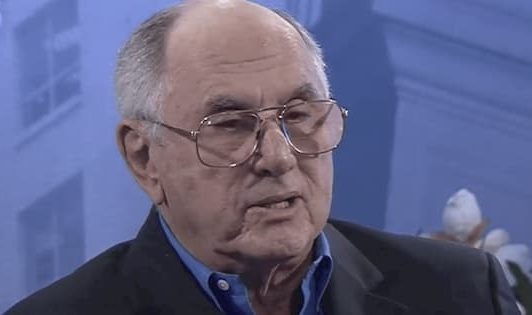 Martin Tolchin is an American newspaper reporter and author. He is a Senior Scholar for the Wilson (Woodrow) International Center for Scholars. He is a former correspondent in the Washington bureau of The New York Times. He is a founder of The Hill and Politico.

Martin is the son of Charles Tolchin and Evelyn Weissman Tolchin. His father was a furrier while his mother was a homemaker.

Martin married his wife Susan Jane Tolchin on December 23, 1965. She was an American political scientist. She co-authored many books with her husband on American politics. She died on May 18, 2016 of ovarian cancer.

Martin is a father of two children Charles and Karen.

Martin was The Hill’s first editor. In 2003, Hugo Gurdon became The Hill’s editor-in-chief, turning it from a weekly paper into a daily during congressional sessions. Gurdon left in 2014 and was replaced by Bob Cusack.

Martin helped launch Politico but is not a co-founder.

Martin wrote to the New York Times on May 4, 2020 regarding a May 2 piece from the editorial board titled “Investigate Tara Reade’s Allegations.” Tara has accused Joe Biden of sexually assaulting her while she worked as a Senate staffer in the early 1990’s.

“I totally disagree with this editorial. I don’t want an investigation. I want a coronation of Joe Biden. I don’t want justice, whatever that may be. I want a win, the removal of Donald Trump from office, and Mr. Biden is our best chance.”

He alleged that investigation might reveal information that would hurt Biden in the upcoming 2020 election.

“Suppose an investigation reveals damaging information concerning his relationship with Tara Reade or something else, and Mr. Biden loses the nomination to Senator Bernie Sanders or someone else with a minimal chance of defeating Mr. Trump. Should we really risk the possibility?”

Frame it and hang it on a wall. pic.twitter.com/QeBH2P9jnT