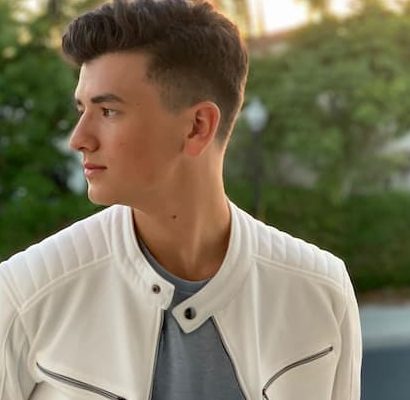 Mark Bontempo is a Tik Tok start and an aspiring musician who plays guitar and sings. He is the younger brother of Madison Nicole Fischer and the boyfriend of musician and YouTuber Jojo Siwa.

He belongs to Italian-Polish ancestry.

Mark has not revealed the identity of her parents but he has a sister known as Madison Nicole Bontempo. He is also the uncle to Madison’s twin Tatum and Oakley Fisher.

Happy birthday to my cute nieces! @taytumandoakley can’t believe they are one ???

Bontempo is the younger brother of Madison Nicole Bontempo (also known as Madison Nicole Fisher) an American actress and Youtuber. As an actress, she is known for her roles in The Metrosexual and Without a Paddle: Nature’s Calling. She uploads pranks, challenges, reaction, comedy videos, parenting tips and vlogs in her channel, Kyler and Mad.

He doesn’t have a brother.

Mark Bontempo is allegedly dating Jojo Siwa. Jojo had previously said she was in a relationship but didn’t say who she was dating. Jojo introduced Mark in a TikTok video celebrating National Girlfriend Day. In the trend, couples dress up in each other’s clothes, while lip-syncing to viral TikTok song ‘Famous (I’m the One)’ by Mozzy and IAMSU!.

Jojo dressed up in Mark’s clothes while Mark donned Jojo’s signature look with an extra sparkly jacket and pair of hot pink leggings.

In the previous week, Jojo had taken part in one of the ‘put a finger down’ challenges on Tik Tok and said she wasn’t single. Mark seemed to confirm the relationship after he a duet with JoJo’s challenge video, captioned: “If it’s not me you have some explaining to do #nationalgirlfriendday.”

Working on something cool, can’t wait to share it with you guys! ?