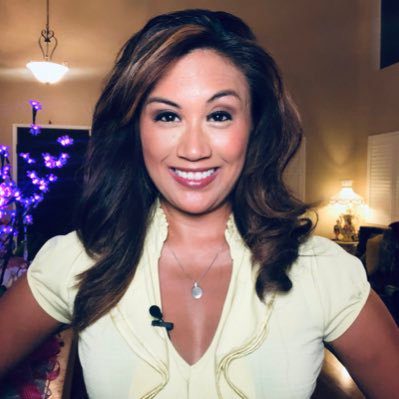 Marie Coronel is a well-known Korean-American news anchor in the United States. She works for KGTV-TV, an ABC-affiliated television station. She previously worked as an NBC News Correspondent in New York and at HLN in Atlanta.

Marie was up in South San Diego and attended Chula Vista’s Eastlake High School. Marie graduated from California State University, Northridge with a bachelor’s degree in journalism and a minor in political science.

She is a daughter to Filipino parents

She is happily married to her husband John Dunlap.

She is a mother of three boys. One of her boys is called Christopher Edward Dunlap who was born in 2017.

Marie worked as a reporter and anchor at WTKR in Norfolk, Virginia, and WHAG in Hagerstown, Maryland, before coming home to Southern California. Marie previously worked at KTNV in Las Vegas, Nevada, as an assignment editor. Marie began her career in television journalism by working for Adelphia Cable in Simi Valley as a reporter and host.

She has also worked on the Jimmy Kimmel Live show in addition to news reporting. Marie is involved in the Filipino-American community and is a member of the Asian American Journalists Association (AAJA). Marie also devotes a significant amount of her time to volunteering at her children’s school.

She earns a salary of approximately $ 72,507 annually.

She has amassed a net worth of approximately $1.5 million.