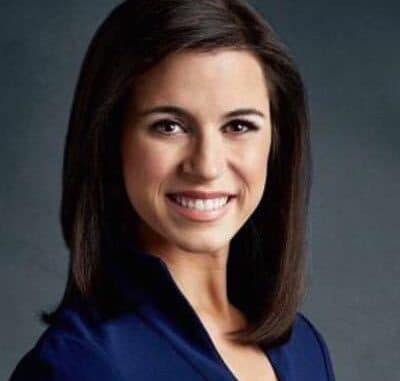 Leslie Picker is an American media personality working for CNBC as a reporter covering hedge funds, private equity, and asset management. She previously worked at Bloomberg Television first as a reporter covering initial public offerings and later as a segment producer and also worked for the New York Times as a deals reporter.

Leslie is the daughter of  Scott B.Picker and Bobbye B.Picker. She has not revealed any further information regarding them but on 4th September 2016, she posted a picture of herself and her parents with a caption, “There’s no place like home.”

Picker has not revealed any information about her siblings and it’s therefore not known if she has any.

Leslie is married to Evan Michael Haedicke the consulting manager for Persado in New York City Area. Previously, he worked as the senior manager at BulbHead.com, the digital division of Telebrands Corp, and also served as the manager, as well as a senior associate for Alvarez and Marsal Business Consulting. He is the son of Susan P Haedicke and Mark E. Haedicke and graduated from the University of Texas. Leslie and Evan first met in 2011 on a blind date arranged by one of their mutual friends in New York and started dating before Evan proposed to her on 6th December 2015, at Pinkberry yogurt store where he took her to get her favorite frozen yogurt. He recited a poem titled “4 Years and 1 month” which chronicled the relationship between the two then proposed to her.

The duo later exchanged their marriage vows on November 12 2016 at the Four Seasons Resort in Scottsdale, Arizona in a ceremony attended by close family members and friends and officiated by Rabbi Micah Caplan.

On September 24, 2019, Leslie shared a picture alongside Evan showing her baby bump with the caption “Praguenant”. The caption referred to the city, Prague that they visited for vacation. In a September 30, 2019 interview, she revealed that she was expecting the baby to be born in December 2019.

Picker joined CNBC in February 2017 as a reporter covering hedge funds, private equity, and asset management. She is based at CNBC Global Headquarters, and her reporting appears on television and CNBC’s digital platforms. She has interviewed some of the most prominent investors on CNBC, including Citadel’s Ken Griffin, Greenlight Capital’s David Einhorn, Omega Advisors’ Leon Cooperman, and Pershing Square’s Bill Ackman.

Prior to joining CNBC, Picker served as a reporter at The New York Times where she covered deals. Her beat encompassed mergers and acquisitions, initial public offerings, venture capital, private equity, restructuring, and shareholder activism.  She was also a reporter at Bloomberg News where she reported on initial public offerings. There, she also contributed to Bloomberg Businessweek, Bloomberg Television, and Bloomberg Radio. Prior to becoming a reporter, Picker was a segment producer for Bloomberg Television and also worked as a booker at Fox Business Network.

Her investigation into Puerto Rico’s debt crisis won a Society for Advanced Business Editing and Writing (SABEW) award and she was a finalist for a Gerald Loeb Award in 2018.

She has an estimated net worth of around $1 million.