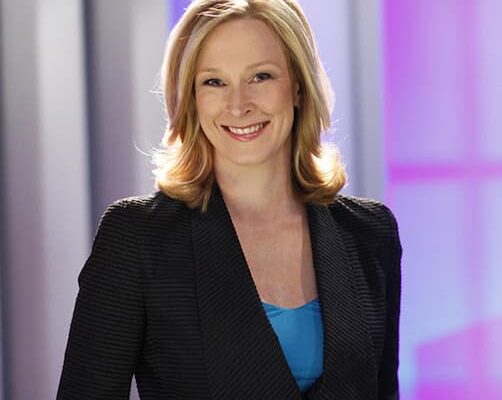 Leigh Sales is an Australian journalist and author who anchors for the Australian television network ABC at 7.30 am news. In 2019 she was named a member of the Order of Australia for her contributions to television journalism.

Leigh was born on 10 May 1973 in Brisbane, Queensland, Australia

Leigh stands at a height of 5 feet 6 inches tall.

Sales attended Aspley State High School in Brisbane. She graduated from Queensland University of Technology with a bachelor’s degree in journalism and Deakin University with a master’s degree in International Relations.

She is the daughter of Dale Sales(father) and Ann Sales(mother.) Her father was a regimental sergeant major in the Australian Army. He set an extremely effective example of determination and competence to her. Her mother Ann was a clerk at the then-named Telecom.

She has one brother called Glen Sales.

Leigh Sales was married to Phil Willis in 1996. They divorced in 2016 after 20 years of marriage. The split came 18 months after what Sales’s described as the ‘worst year of her life. News of Leigh’s divorce from her husband came after her husband Phil dropped a series of potential clues on Twitter in late 2016.

After giving birth to James, she suffered a uterine rupture. Leigh’s eldest child Daniel experiences tremors in his hands which leads to several operations now and then.

In 1995, Sales joined the ABC in Brisbane. Since then, she has worked for the ABC in a variety of capacities, including as a political correspondent in New South Wales for the 1999 and 2007 state elections. She also covered the Summer Olympic Games in 2000.

From 2001 through 2005, Sales served as the network’s Washington reporter. The Iraq War, the 2004 presidential election, Guantanamo Bay, and Hurricane Katrina were among the issues she covered.

Sales was a co-host of ABC’s Lateline from 2008 to 2010, late-night national current affairs show that focused heavily on federal politics and international issues. From 2006 until 2008, she was the ABC’s national security correspondent. She has interviewed every live Australian Prime Minister and anchors the ABC’s federal election and budget night broadcasts.

More so Leigh has spoken with a slew of world leaders and celebrities, including Hillary Clinton, Boris Johnson, David Cameron, Benjamin Netanyahu, the Dalai Lama, Aung San Suu Kyi, Paul McCartney, Elton John, Harrison Ford, Salman Rushdie, Margaret Atwood, and others. In 2019, she was awarded the Order of Australia for her contributions to journalism.

Sales started a podcast with Annabel Crabb called Chat 10 Looks 3 in November 2014. It’s called “Chat Ten, Looks Three”, inspired by a number of “A Chorus Line”.
“Dance Ten, Looks Three” is a comic number from the musical classic A Chorus Line in which the character Val Clarke tells the story of his countless audition failures. It is separate from their work for other media sources and gives the chance to analyze books, movies, television, the media, and culture.

Her estimated net worth is $4.5million dollars. Leigh owns a 2 million-worth 5 bedroom mansion based in Sydney.