">Leading Contenders For the 2021 Cheltenham Gold Cup
Skip to content

The Cheltenham Gold Cup is a championship race usually won by the best horse on the day. It is run on the New Course at Cheltenham at the Festival over three miles and two furlongs and 70 yards and 22 fences. The Gold Cup is the most prestigious chase in the sport and the probably the most sought after by professionals. The Grand National is a handicap and won by a horse with a manageable weight while the Gold Cup is the purest test of a steeplechaser.

In theory, it should be a level weights contest but five-year-olds carry two pounds less than older horses and mares receive an allowance of seven pounds. However, only males horses aged six and older have won the race this century when each winner has carried 11-10. Mares receive a similar allowance in the Champion Hurdle. Annie Power (2015) and Epatante (2020) are recent female winners to take advantage of the allowance.

The gelding Al Boum Photo won the race last year aged eight and as a seven-year-old in 2019. The horse carried 11-10 in both those races as did the other 11 runners in 2020 and the rest of the 16 strong field in the previous year, except the mare Shattered Love, who ran off 11-03. Dawn Run was the last mare to win the Gold Cup (1986), thus becoming the only horse to win the race and the Champion Hurdle.  Only four mares have won the Gold Cup since it was first run in 1924.

There have been two multiple winners this century, both males horses older than five. Kauto Star won the Gold Cup in 2007 and 2009 and is the only winner to reclaim the trophy. Native River won the race in 2018 and is as short as 14/1 to achieve that feat this year.

Golden Miller is the only horse to win the Gold Cup and Grand National in the same year, 1934. Santini is prominent in the betting for the Gold Cup and as short as 16/1 for the National, a race the trainer, Nicky Henderson, has never won.

Three key trends for potential Cheltenham Gold Cup winners are the Official Rating, career chase wins over three miles or more and age. This table shows that information for the last 10 winners of the Gold Cup:

Here are some statistics that summarise the featured records of the winners over the last decade:

Data For Top 6 In Betting

This is a small sample but it’s interesting to examine the data for 6 leading contenders in the 2021 Gold Cup runners listed at oddschecker.

Here is a ranking of the six horses based on an approximate matching of these factors and their best odds:

Santini wins the 2021 Cheltenham Gold Cup and Kemboy and Champ make the frame!

PLEASE NOTE: All odds quoted are correct as of March 9th,2021, and are subject to change. 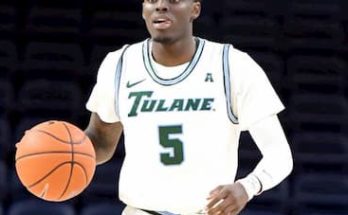