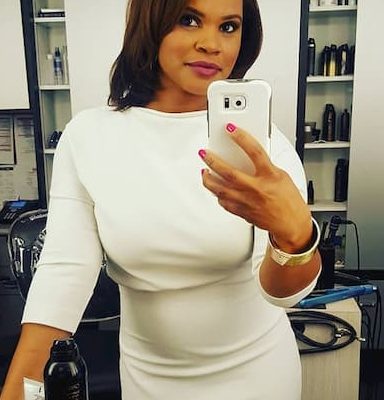 Laura Coates is an American attorney, commentator, law Professor, author, and radio talk show host. She is a CNN legal analyst and host of the eponymous daily show on SiriusXM’s Urban View channel. She is a former federal prosecutor and assistant U.S. attorney for the District of Columbia.

Coates graduated from Princeton University’s Woodrow Wilson School of Public and International Affairs and the University of Minnesota Law School, where she serves on the Board of Advisors.

There is no public information regarding Laura’s parents or her siblings (if she has any).

Laura is married but she has managed to keep the identity of her husband from the public. The couple and their children reside in Washington, D.C.

Still my favorite view. #happyfathersday to A, The, My Man.

That time there was a snow day and your show goes live at 10 am…Welcome to Camp SiriusXM! And yes, they went on air and yes, they refused to stop talking, and yes, I loved every minute of it. #momlife #Siriusxm #LifeHappens #kidssaythedarndestthings

Laura began her career in law practicing in Minnesota and New York handling cases ranging from intellectual property litigation and First Amendment issues to Defamation and Media law. She later public service as a federal prosecutor at the United States Department of Justice.

She served as a Trial Attorney in the Civil Rights Division of the Department of Justice during the Bush and Obama administrations, specializing in the enforcement of voting rights throughout the country. She also served as an Assistant United States Attorney for the District of Columbia, prosecuting a myriad of violent felony offenses including drug trafficking, armed offenses, domestic violence, child abuse, and sexual assault.

Laura is a senior legal analyst for CNN, who specializes in the intersection of civil rights and criminal prosecution. She also serves as a fill-in anchor for CNN’s Don Lemon.

She played a central role in CNN’s programming surrounding the impeachment trial of President Donald Trump, including hosting a special entitled “White House in Crisis: The Impeachment Inquiry.”

In June 2020 she made fundamental contributions to the coverage of the unrest in Minneapolis and the protests around the world following George Floyd’s death. She moderated “Mayors Who Matter: A CNN Town Hall on Race and Covid-19” with four female African American mayors on the front lines.

Laura hosts the daily eponymous show on SiriusXM’s UrbanView channel, The Laura Coates Show, which broadcasts live 10AM-12PM ET. The show features her analysis of the trending news of the day and impactful interviews with entertainers, politicians, DC insiders and game changers on the topics of politics, pop culture and everything in between. She has also hosted a series of true crime specials for the Oxygen network.

Laura is the author of the bestselling 2016 book, ‘You Have the Right: A Constitutional Guide to Policing the Police’. She wrote the book after recognizing the dire need for increased police accountability and improved police-community relations. In the book, she helps citizens know and understand their 4th, 5th and 6th Amendment rights.

In July 2019 Alex Trebek, Jeopardy! host during an interview on Fox News with Harvey Levin of TMZ when asked about his future on the show he said there was just a “50-50” chance he would return after the end of his contract in 2020. Asked who might be a good successor, Trebek named Los Angeles Kings play-by-play announcer Alex Faust and then Coates.

“There is an attorney, Laura Coates. She’s an African American, and she appears on some of the cable news shows from time to time.”

Alex has hosted the show since 1984. Coates said she was surprised that Trebek even knew her name, and says she was honored by the suggestion. Before the announcement, Coates says she only saw two possible Jeopardy! hosts: “Alex Trebek with a mustache and Alex Trebek without a mustache.”