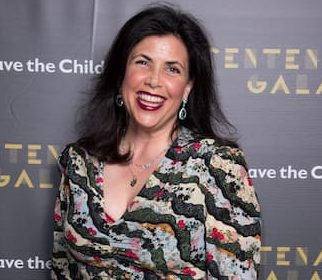 How Old Is Kirstie Allsopp

She is the daughter of Fiona Victoria Jean Atherley and Charles Henry Allsopp, 6th Baron Hindlip. Her mother, Fiona died in 2014 due to breast cancer. Her father is a British peer and businessman who was a member a member of the House of Lords from 1993 to 1999. He is a former General Manager of Christie’s New York and later Chairman of Christie, Manson & Woods and finally of Christie’s International.

Kristie is in a relationship with Ben Anderson, a property developer, since 2004 but the couple is not married.

In 2016 she told the Daily Mail’s Sebastian Shakespeare on the reason why she and Ben don’t feel the need to get married;

“Ben has been married previously and so initially it was he who was reluctant to do it. And then I was reluctant to get married because I just think: ‘If it ain’t broke, don’t fix it’. There does seem to be a gripping fascination with the fact I’m not married to Ben. But how many people aren’t married nowadays? Something like 50 per cent of children are born out of wedlock. I’ve always said the same thing: there is every likelihood that one day we’ll get married, if only for practical reasons. But we’re very happy as we are.”

As of January 2021 Kirstie isn’t married but is in a relationship with Ben Anderson.

She has two sons Bay Atlas (born in 2006) and Oscar Hercules (born in 2008). She is also a stepmother to Ben’s two sons, Hal and Orion, from a previous marriage.

In 2014 she said that prior to meeting Ben she had lined up some potential sperm donors as she always wanted to have children.

‘If I hadn’t met Ben, I would have had a child by myself. I had planned to so I had a date in mind that I was going to try for a baby and had lined up a couple of people who I’d asked if I could have their child and they’d said yes. Life would have been very different but I’d have made a go of it, whatever happened.’

She added that since she has strong cancer gene in her family she was always aware of the importance of having children early.

Kirstie and Phil Spencer are not married but are co-prenters on channel 4. Phil is married to to his Australian wife Fiona, and have two sons Jake and Ben.

Kirstie is a property presenter who presents ‘Love It or List It’ on Channel 4 alongside Phil Spencer In the show, they help homeowners chose to sell or refurbish their home.

She also co-presented Location, Location Location – as well as its spin-off show Relocation, Relocation from 2004-2011 alongside Phil.

She has also hosted Property Chain as well as a number of home and interior-related spin-off shows, all for Channel 4. In 2014, she hosted Kirstie Handmade Christmas and Kirstie’s Best Of Both Worlds.

Kirstie lost her engagement ring which was presented to her by her partner Ben after the birth of their first child in 2006. She lost the ring in February 2009 while she was buying sandwiches in Marks & Spencer in Hackney. She even set up a website Kirstieslostring.com to appeal for help to find it.

She said that the ring wasn’t as expensive as it looks as it wasn’t real ruby but it held great sentimental value.

‘The large stone in the centre looks like a ruby, although very similar, it isn’t. It is big and chunky, so could be mistaken for costume jewellery, the ring has a central stone that is a 33 carat spinel (looks like a ruby) surrounded by diamonds.’

She has an estimated net worth of £16million.