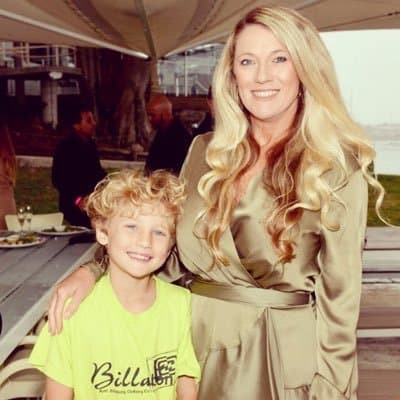 Kerri Anne Hamilton is a primary school teacher and a former international flight attendant and part-time model. She was a mistress of cricketer Dean Jones who died on September 24, 2020 of a heart attack. The affair lead to the birth of their son Koby.

Dean Jones had an affair with Kerri Anne Hamilton from 1998 to 2009 while he was married to Jane Jones. She alleged that she tried to end the affair, after knowing three months into their relationship that Jones was married.

“Back in 1998 it was a bit like we’re in the dark ages; there was no Google, no internet … the only information I would get was from people I asked. I changed my phone number, I wouldn’t take his calls, I did many many things to end it through the years but he just dangled the carrot.”

Dean acknowledged the affair after Kerri gave an interview to Channel Nine’s A Current Affair.

Dean told The Sunday Telegraph, “I can confirm that I am the retired cricketer referred to in the A Current Affair preview last night (Friday). Following an on-and-off relationship with a women (sic), a child was conceived and subsequently delivered. I can also confirm I have supported the mother and child more generously than was agreed. At no stage have I not met my obligations.”

Hamilton gave birth to a son known as in August 2009. She denied that she planned the conception and claimed that Jones first tried to run away from owning up the child after he was asked for child support payments and that led to the break-up.

“It couldn’t be further from the truth. I was working as an international flight attendant — I was lucky to know what week we were in let alone anything to do with a making-baby cycle. He ran away from it, thought he was above it, thought he didn’t have to help me at all … that he’s the victim.”

Jones had been awarded the 2007 Victorian Father of the Year award but was stripped off after the affair came to the limelight.