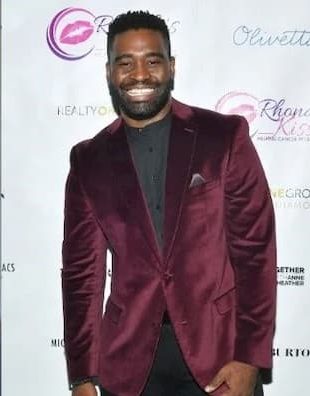 Keo Motsepe (full name; Keoikantse Motsepe) is a South African dancer working as a Dancing With The Stars Pro and the first African American professional dancer in the show’s franchise.

Motsepe has not revealed the name of his parents but he says they served as an inspiration to him and have impacted his approach to his everyday life.

Keo is a prince from his dad’s side. In an interview, he revealed that his grandfather was a prince of a province in South Africa but his father declined the position and gave it to his uncle, his younger brother. But since he is the only son of his father he became a prince.

As of 2020, Keo is not married but is in a relationship with Chrishell Stause.

Motsepe is a dancer whose dancing styles are Latin and Ballroom. He began dancing at the age of 5 when his friend suggested he try something different than soccer. At the age of 11 his dancing career kicked off when he entered into competitive dance shows representing South Africa. In 2012 he joined the cast of theatrical dance sensation ‘Burn the Floor’. In 2013 he made his television debut on ‘Strictly Come Dancing South Africa’. He reigned as the South African Latin Dance Champion for eight consecutive years before joining DWTS.

Keo Motsepe Dancing With The Stars

Keo is a pro on DWTS. He joined the franchise in 2014, season 19 where he was paired up with Olympic athlete Lolo Jones but they were eliminated during the first week. He is the first African American professional dancer in the show’s franchise. He has been in the franchise since season 19 and during his tenure, he has been paired with celebrities such as Charlotte McKinney, Chaka Khan (Grammy Award-winning singer), Jodie Sweetin (‘Full House’), Charo (actress and comedienne), Barbara Corcoran, Jennie Finch Daigle (former Olympic softball pitcher), and Evanna Lynch (‘Harry Potter’ fame).

Motsepe is dating Selling Sunset star, Chrishell Stause. The couple confirmed their relationship on December 2, 2020 after they went Instagram official. Motsepe shared a photo of himself kissing on the cheek which Chrishell reposted on her Instagram Story. Motsepe captioned his post with a heart emoji.

The couple were both competing on DWTS season 29, Motsepe was partnered with actress Anne Heche and they were eliminated week four. Chrishell was partnered with Gleb Savchenko and were eliminated in week eight. There were rumors that Chrishell and Savchenko had an affair, this was after Savchenko’s split from his now-estranged wife Elena Samodanove, who accused the pro dancer of “ongoing infidelity.” Chrishell shut down the rumors on several occasions and insisted she and Savchenko were nothing more than friends.

“I feel like it really is annoying because it’s one of those things where, you know, unfortunately, the timing of what he’s going through personally, people want to make it into something it’s not. So we’re just friends. I get it. I’ve been on soaps. You have to have that kind of stuff sometimes when you’re on the dance floor. People misinterpret that.”

Chrishell was previously married to Justin Hartley for two years before he filed for divorce in November 2019.