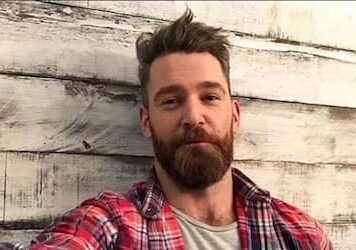 Kenny Brain is a Canadian contractor and former model. He is a co-host of HGTV’s Making It Home alongside Kortney Wilson. He was a contestant on Big Brother Canada season 2 in 2014.

He was born on August 26, 1988. He hails from the town of Grand Falls on the island of Newfoundland in Canada.

Keeny is openly gay. During his appearance on Big Brother Canada, he acted straight but he later confessed to Sarah Miller that he was gay and playing straight was a strategic thing.

He has two siblings; Maria Brian and Laura Brian.

Kenny has not revealed whether he is in a relationship or not.

Brian is a former contestant of Big Brother Canada season 2 in 2014. He was the first houseguest to be evicted in 9th place and not be on the jury. On the show, he had his allegiance with the members of the first five alliances. In order to strengthen his allegiance with them, he got into a showmance with one of the female members, Sarah Miller. At the same time, he was constantly working to form strong connections with Rachelle and Jon but he didn’t push the relationship well.

He later dropped the pretense and came out clean to the houseguests about his sexuality.

Brain is a contractor by profession.

Kenny is a contractor and will serve as a co-host of HGTV’s Making It Home alongside Kortney Wilson. During the second season of the show, he is will replace Dave Wilson, Kortney’s ex-husband and co-host. The couple had been hosting the show together until they divorced. Kenny had been working as a contractor on the show.

According to the description of the show the couple helps homeowners “make strategic moves with their money by using their flipping expertise to turn a fixer-upper into the home of their dreams — all while making smart investments into the biggest asset these families own.

With Kortney taking the lead on design and Dave on project management, they will gather inspiration and intel to make the right reno moves for homeowners, before taking the reins for the full renovation. With the keys and budget in hand, they’ll transform each unloved space into a show-stopper — making it beautiful, making it bright and making it home!”

Kenny and Kortney Wilson co-hosts HGTV’s Making It Home. The show was previously hosted by Kortney and her then husband Dave Wilson. The couple separated in December 2019.

In May 2021 it was announced that the two will be co-hosting ‘Making it Home with Kortney & Kenny’ on HGTV Canada.