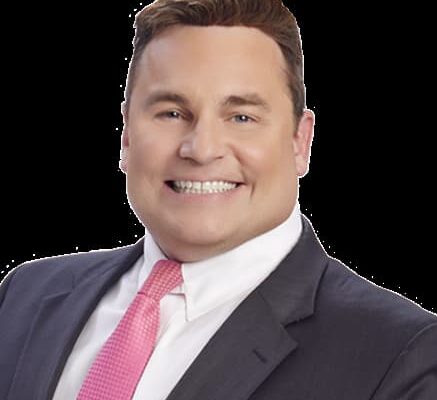 Keith Marler is a media personality serving as a meteorologist and anchor for KMSP Fox 9. He also hosts FOX 9 Buzz.

He holds a Bachelor of Science in Physical Sciences from the University of Maryland. He also studied for a Master of Science in Atmospheric Sciences and Meteorology but hasn’t graduated yet due to a pending thesis review which has to be rewritten/completed since it’s been 20 years.

Keith is married to Susan, a Physics and Maths teacher. Keith revealed in a Facebook post that the couple went out for their first date on February 19, 1993. They were both students at the University of Maryland.

Keith and his wife have two children together: a daughter, Gracie born in 2004 and a son, Jack born in 2007. The couple had another son who was born prematurely and passed away from Trisomy-13 (a genetic disorder).

He began his career in media as the morning meteorologist at KBJR-News6 in Duluth in April 1998 a position he held until December 2000. In January 2001 he joined WUSA Tv as the weekend and noon meteorologist.

His actual salary is unknown but some websites estimates it to be around $87,832 annually.

In mid-July 2020, Keith took a break from Fox 9 due to health-related issues. He had inner-ear issues that led to vertigo and other issues. On July 20, he took to Twitter to answer his fans on his whereabouts.

“WHERE AM I?! I’ve been home chillin’ mainly in the dark & quiet peacefulness (kinda nice!) for the past week. WHY? Welllll … the rocks in my head finally fell out (literally), and my inner-ear went hay-wire. VERTIGO-CITY hit like a truck for a couple days.

The docs have me walking straight again, but my brain isn’t quite firing as it should … as wifey Susan likes to remind me, “a neurological event still requires healing … you don’t go sprinting on a sprained ankle just because the swelling has gone down” but every day it gets a bit easier to trade witty banter with my family (they’re really taking advantage of my occasional fogginess to get in some zingers 😉😂) & I’ll be right as rain and back on the air ASAP…”

In October he took to his Twitter announcing he would get back to work soon. He said he “discovered that the pathway to health wasn’t a straight line…and my pace along that path was more of a slow and meandering mosey…always ambling along in roughly the right direction, but with occasional slow downs, side-trips, and even a couple of frustrating backtracks.”

Marler doesn’t have a brain tumor but had an inner-ear issue which caused his brain “not to fire as it should.”