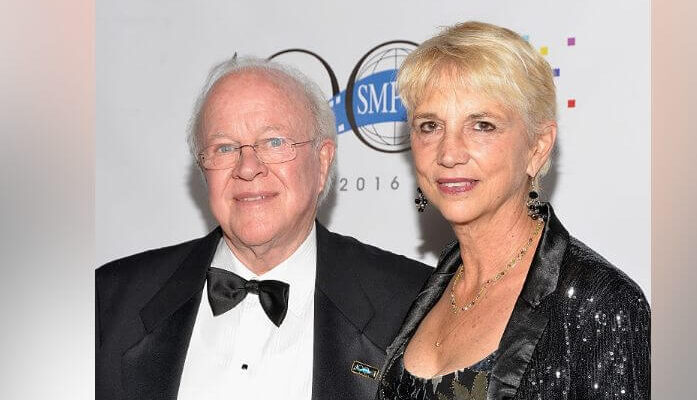 Julia Trumbull is known for being the wife of Douglas Trumbull, a film make special effects supervisor and inventor who is being reported to have passed away on Feb 7, 2022, at the age of 79.

Julia Trumbull got married to Douglas Trumbull in 2012 after years of dating. Julia was always by Trumbull’s side throughout his career. During the SMPTE’s 100th Anniversary Celebration at The Ray Dolby Ballroom at Hollywood & Highland Center on October 28, 2016, the couple, Douglas Trumbull and wife Julia Trumbull attended the event together.

According to Julia’s tribute, the two had been together for around 10 years before their marriage in 2012 meaning that they started dating immediately after his separation from his wife Ann Vidor in 2001. Her statement reads “After 20 years, side-by-side, day and night, I say goodbye to my best friend, partner, true love, and soul mate Douglas Trumbull.”  Julia in a statement said that new paths were imagined when the couple got together, “He was the sun in our universe, our guiding light.”

“We adventured together on land and sea and his passion for life was infectious,” Julia added. She went on to say that they worked with him to realize his dreams in the film industry. “He loved his life in the Berkshires on his farm, with all his animals and most of all, his extended family.”

Julia Trumbull concluded gis statement by stating that Trumbull was a caring lover, father, brother, grandfather, friend, mentor, true artist, and visionary who will be truly be missed.

His first wife was Ann Vidor whom he was married to for an unspecified period of time until their divorce in 2001. Ann was a filmography who worked in Trumbull-directed movies. She was the Artistic consultant in the 1983 film, Brainstorm, and Wardrobe Adviser in the 1972 film Silent Running.

What was Douglas Trumbull Cause of Death?

His wife Julia Trumbull confirmed that her husband died on Monday, Feb 7, 2022, at the age of 79 of complications from mesothelioma.

Confirming his death, Jeremy Hervert wrote in a Tweet, Rest in peace, Douglas Trumbull. The kind of visual effects legend that changed the way we dream.” He went on to write that one of his most impressive feats played every 15 minutes for 25 years as Back to the Future: The Ride.

Michael Okuda wrote in a tribute that he was shattered to learn that visual effects legend Douglas Trumbull had passed away. He commended Trumbull for his work on the 2001 Star Trek movie, Close Encounters: TMP, Blade Runner among others. He will also be remembered for directing Silent Running and Brainstorm, “He was an artist and an innovator, and a personal hero. He was 79.”

Charles de Lauzirika a Producer and documentarian, who worked with Trumbull on “Blade Runner; The Final Cut,” in a tweet wrote, “He wasn’t just innovating magnificent visuals, but also pursuing the big ideas behind whatever story he was telling.”