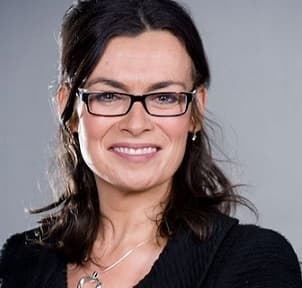 Judith Dorothy Ralston is a Scottish media personality working as  meteorologist  on BBC’s Scotland Channel and was  listed as the third most popular weather presenter in a UK-wide vote in a 2017 Radio Times poll. She previously worked as a professional opera singer.

Judith was born in 1968 in  Edinburgh, United Kingdom . However her exact date and month of birth is not known.

She is of Scottish nationality.

Ralston trained as a musician and studied singing at the Royal Scottish Academy of Music and Drama in Glasgow and then the Royal Northern College of Music in Manchester.

Ralston has not revealed any information regarding  her parents identity and it’s not known if she has any siblings.

.Judith is married to Fraser Ralston, a meteorologist officer  .The pair met while working on the BBC and married in 2009.

Judith and her husband have three kids ,Alexander,  and twins Max and Georgia . Ralston had however experienced two miscarriages and she shared her excitement upon learning that she was expecting twins .

“I lost my little girl when she was 24 weeks, a stillbirth really,” “The other baby was lost really early. I don’t mind sharing it as I know a lot of women go through it. A year on I saw my friend go through the same thing and I was able to talk to her about it. “When I found I was expecting twins I thought: ‘Oh, no. I can’t face another miscarriage.’

“When the babies arrived they were nine weeks premature, weighing in at just under 4lb.“They were put in to special care and I wasn’t allowed to hold them for 24 hours. I was like this mad woman trying to get up to see them. The next day they laid them on my chest, the first time they’d been together, and the most special bit was when they reached out and held each other’s hands. It was amazing to see. Twins can be hard but I didn’t feel any of the hardships because I was so delighted they were here. I know I’m so lucky.”

Judith played Oboe, violin and began singing at the age of fifteen. She participated as an Opera vocalist amid her school years. “When I was about 14 I saw my first opera, La Boheme, and I remember seeing the lead come on and thinking: ‘That’s me. That’s what I want to do .I worked with Scottish Opera when I was a student at the RSAMD in Glasgow and actually appeared in the chorus in the same production. It was great to be on stage.”

A huge future as an international star lay ahead of her with Scottish Opera and she went to Manchester to further hone and train her voice – only for disaster to strike .The training she got, pushing the muscles in a certain way, had a devastating effect. In 12 short weeks the voice that promised so much was ruined forever. Her voice collapsed  and her operatic singing career ended at 28 .

Judith’s lifestyle during her singing days had not been the healthiest but discovering she had an injury that prevented her from following her career made things a lot worse .She went on anti-depressants for eight months after finding out and realised she just couldn’t stop herself from  being hungry and eating more and more. She said: “Eating had never really been an issue with me and I’d always just eaten what I wanted. When I was 15, I was quite sporty and could still run but in my early 20s when I was singing and going on tour with Scottish Opera and others, I put on more and more weight.

“I wasn’t really looking at myself and I didn’t care about that. It was more how I felt, really heavy and fat, and it really began to dawn on me that I didn’t want to feel unhealthy so I began to go swimming at a pool in Manchester at 6am before anyone else was up.”“I went from being around 13 stone to 18 stone in around eight months and just had loads of bread and stodgy food like crisps. .”Joining a weight loss programme also helped Judith to shed some extra pounds. She said: “I lost a bit of weight after joining Slimming World and had a really positive experience. I’d recommend anyone to use a club for support because you get more conscious about eating well. I ate well and had plenty and quite big portions but still managed to lose weight.”

Judith  earns an annual  salary of around $75 k

She has an estimated  net worth of $4 million.