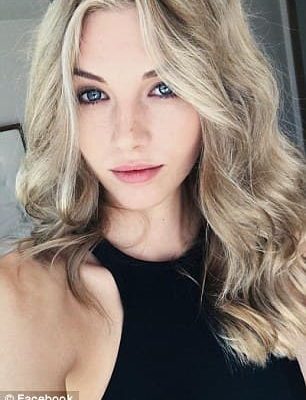 Jourdan Miller is an American model best known for winning Cycle 20 of America’s Next Top Model, becoming the only female model to have won a cycle that included male models.

Miller stands at a height of 6 feet 0 inches tall.

During an interview with Vogue Insider in December 2014, she revealed she had gotten married on July 5, 2014 in a private wedding but didn’t reveal much.

” I had a very private wedding with close family and friends on July 5, 2014. I think that privacy is important and I am not ready to share about my personal life too much because it is sacred to me.”

During America’s Next Top Model, Jourdan revealed that she was married when she was 18 years old but they divorced less than a year. She alleged that her then-husband psychologically abused her which led her to have very low self-esteem.

There is no public information on whether Miller is dating or not.

Jourdan was a competitor on America’s Next Top Model Cycle 20 in 2013. She competed against fifteen other aspiring models and was one of the front-runners, having never placed below fifth after the third episode, where she was placed tenth. She was one of the strongest of her cycle, having won a total of three challenges and received six first call-outs and one third call-out.

Her paint photograph was deemed as one of the best produced in the history of the show by Tyra Banks. She eventual won the competition. After the win, she was signed with NEXT Model Management in Los Angeles, an eight-page spread in the December/January 2014 issue of Nylon Magazine and a $100,000-ad campaign with Guess.

After winning America’s Next Top Model Season 20 Miller did a $100,000 ad-campaign with Guess.

At the time of the filing, she owned a 2013 Dodge Dart worth $9,940, three dogs and one cat worth $0, and totaled her computer, phone and camera in at $2,200. She also noted that her other asset was her NEXT Model Management contract.

The case was closed in March 2016 after a trustee determined that miller had no assets and a judge granted her a discharge of debt.

According to her Instagram page, Miller is still modeling and has appeared in Desnudo Italia magazine, Remix Magazine, and a number of other fashion campaigns.

Her actual net worth is unknown as she had filed for bankruptcy in 2015.