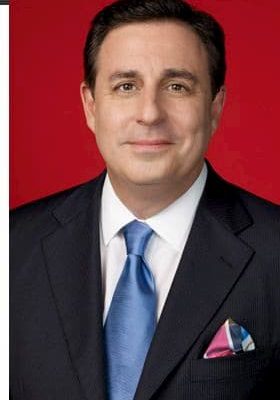 John K. Defterios  is an American media personality working for CNN as a  Business Emerging Markets Editor on CNN International. He previously worked for Reuters Television serving as European correspondent and special series producer for Nightly Business Report, a joint venture with PBS.

Defterios graduated from the University of Southern California in 1984 with degrees in journalism and political science.

John is the son of  Gerrasimo Kosta and Leonora Defterios. His father owned the KD Nursery in Ventura, California and died in December 3, 2019 from complications linked to degenerative heart disease while his mother was a vegetarian chef and caterer.

He was brought up alongside his  siblings, Paula Defterios Edmonds, Evan Defterios , Dina Defterios  , the late Frank Defterios who died in 1989 and the late Jerry who died  in 2004 .

John  is married to Manuela Mirkos,  a former  employee of The New York Times. The duo exchanged their marriage vows  in a Greek Orthodox ceremony on the island of Sifnos in 2002. The ceremony was officiated by the Rev. Nikolaos Mavroyiannis.

John and his wife has two daughters , Lara and Alexandra.

John joined CNN in 1992, serving as a correspondent for Lou Dobbs Moneyline in New York City. He hosted World Business Today from 1994 to 1996 in London and  also served as anchor of Ahead of the Curve and Business Unusual and was principal anchor for CNN  in New York. Since October 2007, Defterios has been hosting Marketplace Middle East on CNN International. In November 2011, he began presenting Global Exchange, focusing on emerging markets, from Abu Dhabi and  is also the CNN’s Emerging Markets Editor.

His reporting focuses on the top business stories from emerging economies, with a specialty in trade, geo-politics and energy. He has built a long-standing reputation for securing exclusive interviews with high-level figures during breaking news situations including: HH Sheikh Mohammed bin Rachid, PM of UAE and Ruler of Dubai, King Abdullah II of Jordan, Ali Al Naimi & Khalid Al Falih, Energy Ministers of Saudi Arabia, HH Prince Alwaleed Bin Talal Al Saud and Mexico’s President Enrique Peña Nieto as well many of the leading CEOs in the Fortune 100.

Prior to CNN, Defterios worked for Reuters Television as European Correspondent, U.S. West Coast Correspondent and special series producer in a joint-venture with The Nightly Business Report on PBS-TV.

He has an estimated net worth of $1.9million.