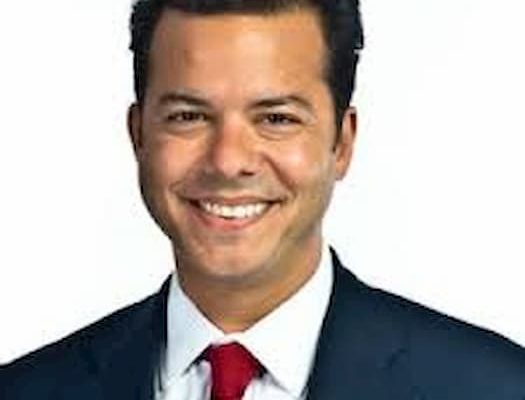 John Phillips Avlon is an American media personality working as a Senior Political Analyst and anchor at CNN . He previously worked as the editor-in-chief and managing director of” The Daily Beast “.

He stands at a height of 5 feet 6 inches.

John attended Milton Academy, a coeducational, independent preparatory school in Milton, Massachusetts before joining  Yale University where he earned  a bachelor  degree . He also earned an MBA from Columbia University.

Avlon is the son of  Dianne Alexander (Phillips) and John Jeffrey Avlon,  His father  is a lawyer and real estate executive with companies in Charleston, South Carolina, and New York City. He is of Greek descent and his grandparents were immigrants. It’s not known if he has any siblings.

John is married to Margaret Hoover ,a  conservative political commentator, media personality and author. She hosts PBS’s  show Firing Line and previously worked at the White House as the associate director of the Office of Intergovernmental Affairs .She is a great-granddaughter of President Herbert Hoover. The duo exchanged their marriage vows in 2009  at Stanford Memorial Church in Palo Alto, Calif with  Rev. Susan Scott, a Lutheran minister, officiating and  Rev. Samuel Johnson Howard, the bishop of the Episcopal Diocese of Florida, taking part.

Avlon and his wife has two children together, a son Jack born in 2013 and a daughter Toula Lou born in 2015.

John  is senior political analyst and fill-in anchor at CNN, appearing on New Day every morning. In June 2018 he moved to CNN full time as Senior Political Analyst making daily appearances on New Day, as well as guest anchoring for programs including State of America and Reliable Sources. His segment “Reality Check” on CNN’s New Day was referred to as “a standout, and a welcome feature on television in a current era lacking in reality-based news coverage

Previously, he was the editor-in-chief and managing director of The Daily Beast between 2013 and 2018. He joined The Daily Beast in 2008 one month after its launch. He worked his way up through the organization starting as a columnist and moving on to political editor, executive editor and then managing editor. In 2013 Avlon became editor-in-chief of The Daily Beast. By September 2014 the website reached a new record of 21 million unique visitors; it was a 60% year-over-year increase in readers, accompanied by a 300% increase in the overall size of its social media community. During Avlon’s leadership The Daily Beast doubled its traffic to 1.1 million readers a day and won over 17 awards for journalistic excellence.  He  also created and hosted the “Wingnut of the Week” segment on CNN.

Prior to working for CNN, John also worked for Mayor Rudolph Giuliani as a speechwriter. He was  later promoted to Chief Speechwriter and the Deputy Director of Policy.  He was also a senior fellow at the Manhattan Institute and is  an advisory board member of the Citizens Union of New York, Bronx Academy of Letters, and the Theodore Roosevelt Association. Avlon has made appearances on a variety of television shows such as, The Late Show with Stephen Colbert, The Daily Show and Real Time with Bill Maher as well as on news programs on MSNBC, PBS  and C-SPAN.

He is the author of the books Independent Nation: How Centrists Can Change American Politics, Wingnuts: How the Lunatic Fringe is Hijacking America, and Washington’s Farewell: The Founding Father’s Warning to Future Generation. He  has also written numerous essays including, the Newsweek cover-story: “A 21st Century Statesman,” “The Resilient City”, In 2011, Avlon co-edited the anthology Deadline Artists: America’s Greatest Newspaper Columns with Jesse Angelo and Errol Louis. The book earned a starred review from Publishers Weekly prior to publication. The trio edited and published a sequel in 2012, Deadline Artists 2: Scandals, Tragedies and Triumphs. An opinion piece in The Washington Post described Deadline Artists as “one of the greatest collections of newspaper articles ever compiled”