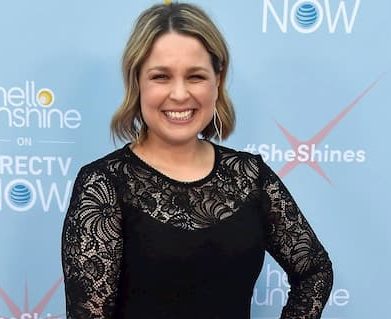 Joanna Teplin is an American professional organizer, she is a co-founder of  The Home Edit, a home organization and design business, alongside Clea Shearer.  The business partners are also co-authors of ‘The Home Edit: A Guide to Organizing and Realizing Your House Goals’. They are featured in the Netflix show ‘Get Organized with Home Edit’

She attended the University of California graduating with a BS in film studies in 2001.

Teplin is the daughter to Dr. Stuart Teplin and Sari Teplin. Her father Dr. Stuart is a pediatrician in North Carolina while her mother Sari is a consultant to local healthcare organizations.

Joanna is married to Jeremy Rubin, a promotion manager at Warner Bros. Records. He has a bachelor’s of art degree in Business Administration majoring in business marketing and sales.

He began his career with Columbia Records as Regional Promotion Manager. In 2007 he ranked up as National Promotion Manager. During that time he took charge of conceptualized and implemented national radio promotional campaign for artists from Sony Music/Columbia Records. He also planned for brand strategy, created a performance and target threshold. He played a huge role in the promotion of Adele’s two albums 19 and 21. He stepped down from the position at Columbia in December 2013.

In January 2014 he joined Warner Bros. Records as a Promotion Manager based in the Greater Nashville Area in Tennessee.

Teplin and her husband, Jeremy have two children together; a son Miles Reid and a daughter known as Marlowe Aerin.

Joanna is a co-founder of The Home Edit alongside Clea Shearer. The two began the home organization company in 2015. The two were introduced by a mutual friend as they were both from Nashville and had moved to California.

During an interview with the House of Harper, they said; “We met in 2015 through a mutual friend who suggested we go to lunch, due to the fact we were both recent California transplants who moved to Nashville for their husband’s job, had kids the same age, and had independently planned on having their own organizing business upon moving. We went to lunch, and 4 hours later, we were business partners. That same night, we came up with our company name, designed our logo, bought our domain, and registered our LLC. Organizers are nothing if not efficient. Looking back, it’s probably ill-advised to essentially get married after a matter of hours, but when it’s meant to be it’s meant to be.”

The two also have a YouTube show ‘Master the Mess’ which is produced by Witherspoon’s production company, Hello Sunshine. It’s also available on DirecTv on-demand.

Teplin has an estimated net worth of $2 million.

Joanna and her business partner and friend Clea Shearer are featured in the Netflix Original, Get Organized with the Home Edit which premiered on September 9, 2020. In the show the two shows how they redesign spaces with visual appeal and functionality in mind while providing viewers with useful information on how to transform their own rooms.