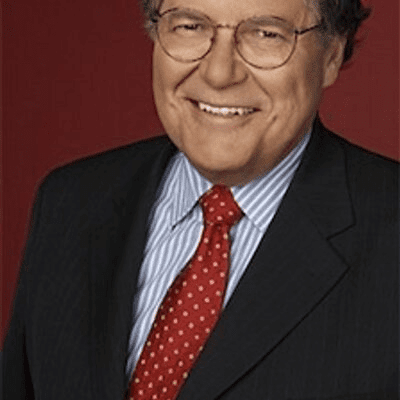 Jim Bittermann is a Senior European correspondent for CNN since 1996 and 2015 marked his 50th year in journalism.

He began in print journalism from 1965 to 1970 as a reporter for the Waukegan News-Sun in Waukegan, Illinois. His television career began at WTMJ-TV in Milwaukee from 1970 to 1972. From 1972 to 1973 he worked at WQED-TV in Pittsburgh and 1973 to 1975 he was a reporter for WKYC-TV in Cleveland, Ohio. Bittermann was with CBC News as a Toronto-based correspondent and producer for the broadcaster’s newsmagazine from 1975 to 1978.
From 1978–1990, he was a European correspondent for NBC News. Based in Rome from 1978–1979, he covered two Papal transitions and the travels of Pope John Paul II. From 1980–1990, he was based in Paris. While there, he reported on many of the decade’s major international stories in Eastern Europe, Northern and Western Africa, the Middle East, the Philippines, Japan and the Soviet Union. He received a national news Emmy Award for his coverage of the 1988 Sudan famine.
He became Paris correspondent for ABC News from 1990 to 1996. In 2015, he covered the devastating terrorist attacks in Paris for which he and the CNN team shared in the Royal Television Society Breaking News Award in 2016.
From 1998, Bittermann has been an assistant adjunct professor of communications at The American University of Paris.

Jim’s parents are kept out of the limelight.

He has one kid whose name is unknown

Bittermann graduated with a Bachelor of Science degree from Southern Illinois University in 1970. He went to Waukegan High School.

Jim Bittermann is CNN’s Senior European Correspondent based in Paris. Since joining CNN in 1996, he has covered the death of Princess Diana in 1997, NATO air strikes on Kosovo in 1998, the earthquake in Turkey in 1999 and the World Cup soccer championships, among other stories.

Bittermann joined CNN from ABC News, where he was a Paris news correspondent from 1990-1996. During his years with ABC, he covered a wide range of international events, including the dissolution of the Soviet Union, the Gulf War and the Middle East peace process and U.S. deployment in Somalia. His long-form projects at ABC included Betrayed in Blood, a report on the French AIDS-tainted blood scandal for Primetime Live and two half-hour special reports for Nightline with Ted Koppel, A Perfect Messiah and The Fashion Conspiracy.

From 1978-1990, Bittermann was a European correspondent for NBC News. Based in Rome from 1978-1979, he covered two Papal transitions and the travels of Pope John Paul II. From 1980-1990, he was based in Paris.
Prior to NBC, Bittermann was a Toronto-based correspondent and producer for the Canadian Broadcasting Corp.’s newsmagazine. He also worked as a reporter for WKYC-TV in Cleveland, Ohio, from 1973-1975 after working one year for WQED-TV, a public television station in Pittsburgh.

His net worth is unspecified.

Bell most recently served as a Paris-based international affairs editor and correspondent for France 24, covering major news stories for the network’s French and English channels.