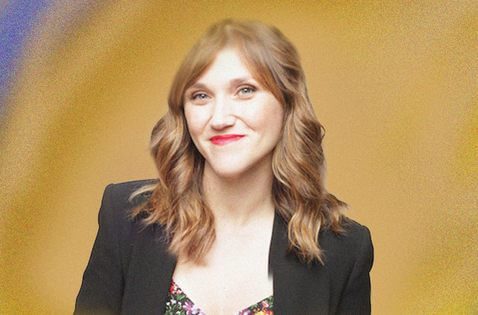 Jessica Pressler is an American journalist and contributing editor at New York magazine who in 2018 wrote a story about New York City high society grifter Anna Sorokin alias Anna Delvey. The story was developed into a series by Netflix and Shonda Rhimes ‘Inventing Anna’.

Pressler is still working for New York magazine as per her website.  She was involved with Inventing Anna and besides that, is credited with providing the basis for the series and is also a producer for the show. Pressler has also written for Elle, GQ,  Esquire, and Smithsonian. She was featured as a regular Gossip Girl episode recap writer for the Vulture website and also made an appearance as a New York magazine editor in one of its episodes.

The true story of Anna Delvey follows fraudster Anna Sorokin, a Russian-German living in the US who managed to come out as a fake  ‘heiress’ between 2013 and 2017 and in the process swindling thousands from New York’s party people.

Anna told people that she was sitting on a €60 million fortune which made her find her way through the elite crowd, defrauding banks, close ‘friends’, and luxury hotels. Her 40 days would soon come pretty quickly, in 2019, Anna Sorokin got found out and was found guilty of scamming the elite out of thousands of dollars as she posed as an heiress.

New York magazine journalist, Jessica Pressler published a 2018 exposé on Anna titled How Anna (Sorokin) Delvey which delved on how Sorkin Tricked New York’s Party People. The article has inspired a new Netflix show with the first episode airing on Friday (February 11th, 2022). In the Miniseries, the character Vivian Kent (played by Anna Chlumsky) is loosely based on Pressler. Kent works as a journalist uncovering the fraudster’s exploits and is desperate for a hit story. Inventing Anna is currently streaming on Netflix.

Jessica Pressler and Benjamin Wallace were married on April 26, 2008, as per a wedding announcement in the NY Times. The wedding was held on a Saturday evening at the National Society of the Colonial Dames of America in Philadelphia.

Wallace is a freelance magazine writer and is the author of “The Billionaire’s Vinegar: The Mystery of the World’s Most Expensive Bottle of Wine” (Crown). A graduated from Georgetown he  Features Writer at New York Magazine from Jan 2020 and as a Contributing Editor for Vanity Fair from May 2014 – Present as per his Linkedln.