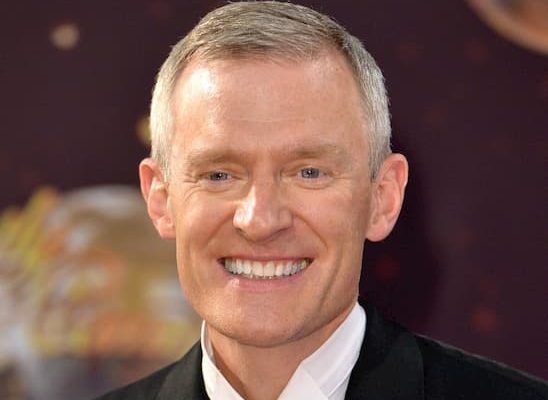 Vine attended Lynton Preparatory School in Ewell before joining  Aberdour School in Burgh Heath. He then joined  Epsom College and later Durham University (Hatfield College) where he graduated with Bachelors degree in English.

He is the elder son of Guy Vine and Diana Vine. His mother was a housewife and later a doctor’s receptionist. His father was a lecturer in civil engineering at North East Surrey College of Technology, he was later diagnosed with Parkinson’s and died in August 2018. Jeremy noticed warning signs that time he was in the kitchen with his father. As he explains: ‘I was teaching Dad to cut onions, and yet he couldn’t do it with any power. The knife kept slipping, he couldn’t hold it firmly. Dad had always been fit, he played squash and there wasn’t a spare pound of flesh on him. He also had an incredibly lively mind — a man who loved reading about engineering, and, as a mathematician, was especially fascinated by prime numbers. Yet, suddenly, he couldn’t use a kitchen knife properly,’

Vine was brought up alongside his elder brother Tim Vine who is a comedian and his younger sister Sonya, an artist/actor.

Jeremy is married to Rachel Schofield since 2002, the couple met in the run-up to the 2001 general election when Jeremy was touring Britain in a VW camper van.  Rachel is also a media personality who began her career at the BBC on BBC Radio Newcastle in 1999 and also reported for BBC Look North. She then moved to be a reporter for BBC Radio 4 before joining the BBC News. She resigned in September 2012 although has returned on a freelance basis.

Jeremy was previously married to an American banker, Janelle Muntz for seven years but divorced in 2000. Vine stated that it was very sad, but their jobs and travel meant they had seen very little of each other in three years.

Vine and his wife have two daughters together, Anna Vine and Martha Vine.

Jeremy joined BBC as a news presenter on the radio in Northern Ireland. He also worked as a researcher on the BBC1 series Heart of the Matter. In 1989, he became a regular reporter on the BBC Radio 4 programme Today. In the mid-1990s, Vine became familiar with BBC TV viewers as a political reporter. After the 1997 election, Vine became the Africa Correspondent based in Johannesburg, travelling all over Africa. Reporting assignments took him to the war front to report on the Eritrean–Ethiopian War, the Angolan Civil War, the violence in Lesotho after South African troops went in and hoisted a South African flag over the Royal Palace, following leadership disputes. He also travelled to Algiers and Kenya, to report during political elections.

Vine interviewed key leaders including Robert Mugabe, the then President of Zimbabwe; and the leader of the Islamist regime in Khartoum, Sudan. Other areas of Africa from which he has reported include Mali, Zambia, Sierra Leone and the Niger Delta, to report on the Nigerian villagers’ unrest over the work of the oil companies.

In April 1999, Vine presented an exclusive report on South African police brutality for BBC Two’s Newsnight. The film won the Silver Nymph at the Monte Carlo Television Festival and resulted in the suspension of 22 police officers. In July 1999, the BBC announced that Vine was joining Newsnight full-time as a co-presenter. Vine was one of the original presenters of Broadcasting House on BBC Radio 4 and presented The Politics Show on BBC One from its launch in 2003 until Jon Sopel took over in 2005. In May 2006, Vine was announced as Peter Snow’s replacement for presenting the BBC election graphics, including the famous Swingometer.

From 2007 until 2009, he co-presented the Teaching Awards with Kate Thornton (2007), Myleene Klass (2008) and Christine Lampard (2009). Between 2007 and 2010 Vine was the presenter of the BBC’s flagship and the world’s oldest current affairs programme, Panorama, which coincided with the show’s move back to a Monday peak-time slot. From 2008 to 2018  Vine presented Points of View.  On 6 October 2008, he started hosting the BBC Two quiz show Eggheads .From 2016–17 Vine co-presented Crimewatch with Tina Daheley. In September 2018 Vine replaced Matthew Wright as the presenter of Channel 5’s weekday morning current affairs show, formerly called The Wright Stuff. The show’s name has now changed to Jeremy Vine.

He has an estimated net worth of $3 million