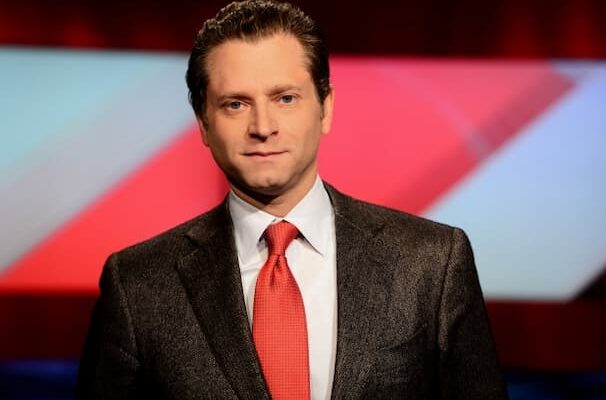 Jeremy Albert Schaap is an American sportswriter, television reporter, and author. For his work on ESPN’s E:60, SportsCenter, and Outside the Lines, Schaap has won eleven Emmy Awards.

He is the beloved son of Dick Schaap (father) and Trish Schaap. His father was an American sportswriter, broadcaster, and author. He has two known uncles namely William Schaap and Phil Schaap. His father died out of claims of medical negligence from medics. A court ruled they pay for the damages later.

He is a brother to Rosie Schaap, Kari Schaap, and David Schaap.

He is happily married to his lovely wife Joclyn Schelin. The duo tied the knot on September 20th, 2008.

He is a loving father of three.

Schaap was the first ESPN reporter to win the prestigious Robert F. Kennedy Award for reporting on human rights and social justice problems in 2015. He has been featured in Sports Illustrated, ESPN The Magazine, Time, Parade, The Wall Street Journal, and The New York Times. He has been a regular contributor to Nightline and ABC World News Tonight. As ESPN’s lead reporter, Schaap covered four major soccer tournaments for the network. He covered the 2010 World Cup, Euro 2012, 2014 World Cup, and Euro 2016.

Additionally, Schaap is the author of two New York Times best-selling books: Cinderella Man: James J. Braddock, Max Baer, and the Greatest Upset in Boxing History and Triumph: The Untold Story of Jesse Owens and Hitler’s Olympics. In 2018, Schaap co-directed 42 to 1, a critically acclaimed 30 for 30 documentaries about Buster Douglas, the undisputed heavyweight champion who defeated Mike Tyson in 1990.  Schaap was awarded by the RFK Center for his reporting on the hardship of migrant laborers in Qatar, who live and work in horrific conditions while constructing infrastructure for the 2022 World Cup. Schaap has also been praised for his reporting and hosting of a 2015 E:60 documentary on FIFA’s long-serving president, Sepp Blatter.

His salary is estimated at $100 thousand annually.