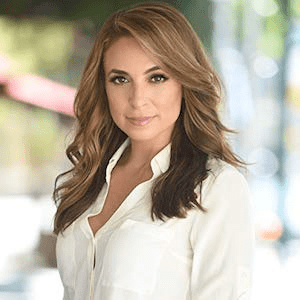 Jedediah Bila is a two-time Emmy-nominated TV host. She is the co-host of Fox and Friends Weekend on Fox News and author of the book, #DoNotDisturb: How I Ghosted My Cell Phone to Take Back My Life, published by HarperCollins in 2018.

She is a graduate of Wagner College with a B.A. in Spanish and a minor in Business Administration, and has a Master of Arts degree from Columbia University. She also completed a Saturday program in acting, voice, and movement at The American Academy of Dramatic Arts in New York City.

Bila’s dad worked for a small stamp and coin business while her mom taught acting classes out of the living room.

She got engaged to Jeremy Scher In June 2017 and they tied the knot in early 2018. Jeremy was born on 6 March 1982, in Tenafly, New Jersey USA and he is a corporate strategist and graduate of Rice University.

On April 9, 2020, Bila revealed via Instagram, that she and her husband were recovering from COVID-19. Bila was the first Fox employee to contract COVID-19.

She has a son Hartley who was born in November 2019.

She currently serves as co-host of FOX News Channel’s (FNC) FOX & Friends Weekend (Saturdays and Sundays 6-10AM/ET). She originally joined as a contributor in 2013. In this role, Bila alongside Pete Hegseth and a rotating third co-host, helm the weekend version of the top rated morning show in cable news. As a contributor, she appeared regularly on FNC’s top-rated ensemble shows Outnumbered (weekdays 12-1PM/ET) and The Five (weekdays 5-6PM/ET), where she provided analysis on the top news stories and issues of the day.

Prior to re-joining FNC as a contributor in 2018, she served as co-host of ABC’s The View for the 2017-2018 season. During her time at The View, she interviewed influential figures across politics and culture, including former Secretary of State Hillary Clinton, then-Vice President Joe Biden, reality television star Kim Kardashian and Senator Bernie Sanders. In July 2017, Bila secured an exclusive interview with embattled Dance Moms star Abby Lee Miller ahead of her 366-day prison sentence for a Lifetime special entitled, Abby Tells All.

Her salary is over $200 Thousand annually.

Her estimated net worth is $1.5 million.