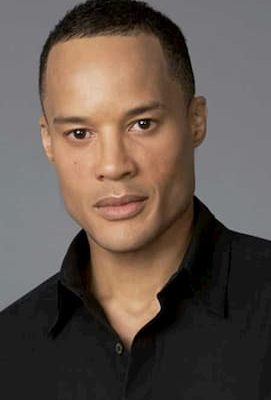 Jason Frederick Carroll is an American media personality working as a National Correspondent for CNN. He  previously worked for CBS 2 News and WPIX-TV in Los Angeles, New York as a general assignment reporter and a substitute anchor.

He was born and raised in Westlake Village, California, United States. However, his exact date, month and year of birth is unknown.

Carroll graduated with a Bachelor of Arts degree in literature and creative writing from the University of Southern California,  in Los Angeles, California.

Jason is the son of Melvin Larry Carroll and Fredricka Allison. His father worked for various companies including 3M,  Parks Sausage,  and Metpath but he  tragically passed away on March 4, 2013 after losing the battle to  degenerative lung cancer.

Carroll was brought up alongside his two siblings Stacy Sykes and Melvin L Carroll Jr but not much is known about them.

Jason has not given any information regarding his love life making it difficult to tell whether he is dating, single, or married.

It’s not known whether he has any kids since he has kept his personal life off the limelight.

Jason put his Chelsea home for sale in March of 2018. He listed his stylish, sparkly, chic one-bedroom home in the rakishly-named Lion’s Head condominium, which is located at 121 West 19th street in Chelsea for sale for the price of $1.75 million. He had previously bought the property for $785k back in 2006. So, he’s looking to make a nice $1 million profit. The house is south-facing one-bedroom which starts with an entry foyer and a big closet for stashing winter gear. With lots of windows, dining and entertaining can be the same in a gourmet kitchen with granite counters, Poggenpohl cabinets, Viking professional-grade appliances, and a wine fridge. Also, there’s plenty of wall space for outsized art pieces, which is a good thing given the art-friendly neighborhood. Moreover, the apartment’s spacious bath has double basin sinks, a full-sized soaking tub, and a separate marble shower.

Carroll is a national correspondent for CNN based in the network’s New York bureau and has worked on a variety of stories, ranging from politics, to long form features, to breaking news. He  was chosen to cover the 2016 presidential election during which time he followed then Republican candidate Donald Trump across the country during the campaign. His duties would also include substitute reporting from the White House. In 2018,  he traveled to London where he was featured during CNN and CNN International’s coverage of the royal wedding of Meghan Markle and Prince Harry.

Carroll was one of the first on the ground to cover the unrest in Ferguson, Missouri in 2014 and reported round the clock during the riots in Baltimore Maryland in 2015  and also reported from the earthquake in Haiti to the Hurricane in Puerto Rico.

Jason  has hosted several documentaries for the network including the CNN special on the death of Muhammad Ali and  following the lives of Army soldiers as he traveled to Afghanistan in the summer of 2010 and 2011 for his documentary and series, “A Soldier’s Story”. He travelled to Papua New Guinea where he worked alongside Oscar Winning Director James Cameron as Cameron embarked on his historic excursion to the deepest depths of the ocean, the Mariana Trench. His exclusive was chronicled in CNN’s special half-hour documentary, authored and hosted by Carroll called, “Extreme Dive: 7 Miles Underwater”.

Prior to working for CNN,  worked as a general assignment reporter/substitute anchor in Los Angeles for CBS 2 News and WPIX-TV in New York and  as an intern for 60 Minutes and the think tank RAND Corporation.

Recognized several times for his work, Carroll is the recipient of an Edward R. Murrow Award for breaking news and also  received an Emmy nomination for his reporting from protests in New York City.