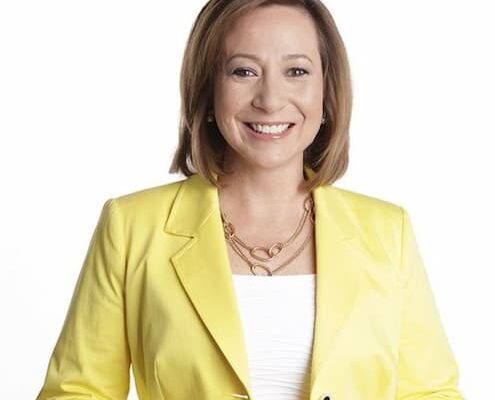 Jane Hutcheon is a Sydney-based interviewer, writer and virtual facilitator.  She is a former journalist for ABC where she created the ABC TV show One Plus One and was also a China correspondent.

Hutcheon was born and raised in Hong Kong, her current age is not known.

Her current standing height is yet to be detailed.

She is the daughter of Robin Hutcheon and Beatrice (Greaves) Hutcheon. Her father is Anglo-Scottish while her mother is half Chinese. They were both born in Shanghai and grew up to become journalists. Despite coming from vastly different backgrounds, for three years in their childhood, they lived within walking distance of each other. They crossed paths again after two decades in a different city.

Her mother Beatrice Greaves Hutcheon was born in Shanghai. She is from a mixed-race or Eurasian family. She was born during Shanghai’s heyday. It was a time when the city’s status as a self-governing international enclave flourished in the economic boom following the end of the Great War.

She is the daughter of Elsie Mackenzie and Cecil Keat Greaves. They were both Eurasian, the offspring of European-Chinese relationships. At that time, “hybrid” children weren’t exactly viewed as an exotic blend of east and west. They attended different schools to the British children and went to separate hospitals.

Her mother, Elsie died in 1927 after contracting dysentery from her youngest son, who survived. Her father sent her to live with her uncle but was later relocated to Hong Kong to leave with his father’s brother, Alfred and his family.

Jane has written a theatrical narrative, Lost in Shanghai which focuses on her mother’s story. She became a journalist at the South China Morning Post in the1950s

She is a sister to Andrew who is currently a lawyer, and Stephen who works at ABC as a journalist.

Hutcheon is married to Michael who is an Australian cameraman by profession.

She has a daughter named Isla with her husband.

Jane is a former presenter at ABC TV. She joined the network in 1994 as a financial correspondent where she reported on major economic and business events. She later became a foreign correspondent in 1995 a position she held until 2008. She reported from more than forty countries in three key regions: Asia, the Middle East and Europe. From 1995 to 2001 Jane was ABC China Correspondent based in Beijing. After returning to Australia, Jane presented the World At Noon on ABC TV, which included presenting the ABC’s live coverage on the morning of September 12, 2001. From 2003-2005 she was the ABC’s Middle East Correspondent and Europe Correspondent from 2005 to 2008, based in London.

In 2010 she was one of the founders of One Plus One where she was the host and also presented ABC News 24’s morning news on Friday. She left ABC in 2019.

Prior to joining ABC, she has began her career with radio and television in Hong Kong, then worked at SBS Television before joining ABC in 1994.

Jane is not Chinese but has traveled widely throughout Asia and speaks Cantonese and Mandarin. She also served as a China correspondent for ABC for five years.

Jane is the author of ‘China Baby Love’, which tells the tale of Linda Shum, an Australian grandmother who took on China’s orphanage problem after seeing the terrible conditions children were forced to live in.

In the book, Hutcheon tells Shum’s story of how China’s ‘throwaway’ kids and the appalling conditions they were forced to live in led to Shum’s 20-year affair with a country whose economic prosperity overshadowed its practice of using orphanages as a dumping ground for unwanted children.

‘Lost in Shanghai’ is a narration of Jane’s mother’s childhood in pre-Communist Shanghai. It’s the tale of an ordinary Eurasian family in extraordinary times set against a backdrop of fading colonial opulence and looming war.

What happened to Jane Hutcheon?

She juggles her time between traveling, writing, and presenting in conversations.

Jane hosts the virtual monthly event Stay Kind Conversations for the charity StayKind.org. She advises the organization, writes books and roll-out workshops on the art of conversation.