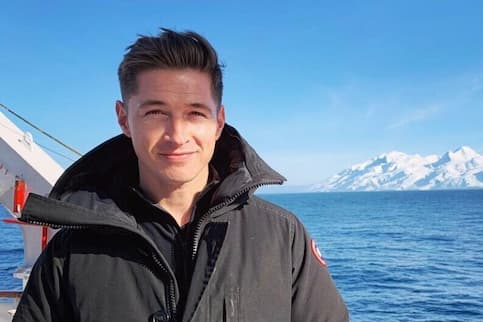 James Longman is an English journalist who works as a foreign reporter for ABC News in the United States. He formerly worked for the BBC as a general news reporter and the organization’s Beirut correspondent.

He specialized in the Middle East and is fluent in Arabic and French. He routinely covers problems related to the refugee crisis and the Arab world, as well as terrorist incidents in Europe.

He attended school at Hill House in Knightsbridge and at Worth School, a boarding school in West Sussex. Later he received his bachelor’s degree in Arabic from the School of Oriental and African Studies, and a masters in Comparative Politics from the London School of Economics

He is a son to Ann Longman and his fathers name is not known. His grandparents were Major Harold Claridge and Gabriella Sawaya, who met by chance in Cairo during World War II. Longman’s grandfather died by suicide when his father was in his 20s, and his father decided to end his own life 20 years later.

He is engaged to his fiance Alex Brannan.

Who is Alex Brannan?

Brannan earned a Bachelor of Arts degree in Accounting and Business Management after three years. Brannan also attended a General Assembly Accelerator Course in 2019. He began working as an intern at Atlantic Customer Solutions shortly after graduating from university.

He has no children.

Longman has been an ABC News overseas correspondent since 2017. He was the first US network reporter to arrive in the Thai cave where the soccer team went lost and was the first to speak with them after their recovery. More -so, James was the first journalist in Syria to get a television interview with American ISIS bride Huda Mothana.

Additionally, he has effectively covered terrorist acts in Sri Lanka, Hong Kong riots, climate change in Antarctica, earthquakes in Indonesia, and even a royal visit to Australasia with Harry and Meghan . Longman worked with the BBC as a Beirut correspondent and a general news reporter before joining ABC. He began his career as a young Arabic graduate stationed in Syria at the onset of the war when he was 24 years old.

His net worth is estimated at $ 1 million.