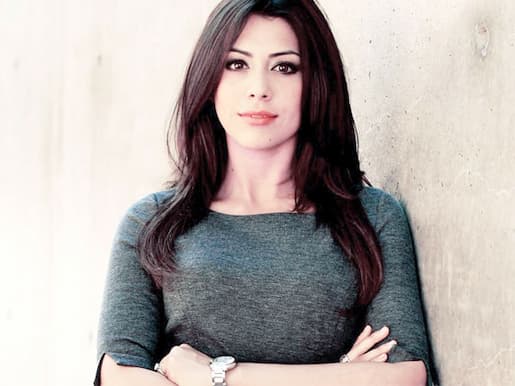 Ileana Diaz is a Miami Beach-based anchor and reporter for NewsNation. She formally worked as a network news correspondent in Los Angeles for CBS before relocating to Florida.

Her standing height is not yet known as per 2021.

Ileana studied Atmospheric Sciences and Meteorology at Mississippi State University and has worked as a weather anchor in a variety of markets. She is a native Spanish speaker.

She has not mentioned the name of hr parents yet. Her mother, who was Jewish, was a survivor of the Holocaust and had lost both of her parents. She was also forced to flee and fight for her life when she was four years old. Diaz grew up in Los Angeles. The identity of her father is still undisclosed.

Diaz is married to Joel Waldman, an investigative reporter for Fox 5 in New York City. The duo tied the knot in Baccara.

Who is Joel Waldman?

Joel is a broadcast journalist who has won Emmys for his work. Joel also worked for Fox 5 in New York City as a reporter.  He’s worked for television stations in West Palm Beach, Miami, and Tucson, among others. Earlier in his career, he worked for First Business, a nationally syndicated program, where he covered the NYSE.

In 2011, Fox News recruited Joel Waldman. He was the principal reporter for roughly 200 Fox News stations statewide as a National Correspondent stationed in Washington, DC. He covered the entire 2016 presidential campaign in Washington, including the Iowa Caucus and New Hampshire Primary, as well as the DNC and RNC, and election night.

In one of his investigations, he detailed the impact of excessive wait times at local hospital emergency rooms on patients with life-threatening diseases. Waldman previously worked for KGUN-TV in Tucson, Arizona, where he was the first reporter on the scene after Congresswoman Gabrielle Giffords was shot.

He also covered immigration and border issues extensively while there, including the assassination of US Border Patrol Agent Brian Terry, and won an Emmy Award for an investigative story on drug smuggling via the Sonoran Desert.
Waldman previously worked as a reporter for Miami’s WFOR-TV and West Palm Beach’s WPBF-TV.

Waldman worked as a New York Stock Exchange correspondent for First Business, a nationally syndicated early morning television show that airs on more than 200 stations, for four years. Waldman began working for MSNBC in 1996, when it was still in its infancy, producing live and taped news.
During the network’s early years, he covered important news topics such as Princess Diana’s death and TWA Flight 800’s tragedy. Waldman began his career in journalism as an NBC Page.

She is a beloved mother of three, two girls Zizi Elyse, Vida Elia and one boy Judah Mac. She is a lover of dogs too namely  Mabel Rose and Ethel Bug Johnson.

Formerly, she worked as a reporter for the Los Angeles television station KNBC. Diaz reported and anchored for WUSA in Washington, DC, as well as KYW in Philadelphia and FOX5/My9 in New York, before coming west. She began her career as a reporter in Yakima, Washington, and later worked as a weather anchor in Tucson, Arizona.

Additionally, Diaz also volunteers with the Junior League, where she mentors children and gives members with digital communication and social media training. Ileana also worked as a reporter for local stations in Washington, D.C., Philadelphia, and New York City.

She has garnered a networth of approximately $1 million.