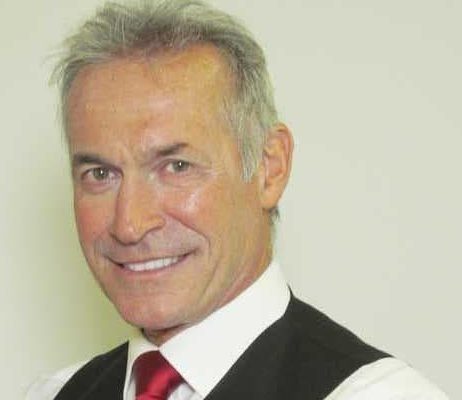 Hilary Robert Jones is an English general practitioner, presenter and writer on medical issues and  known for being part of News of the World (now The Sun on Sunday) magazine team “The A Team” as the health expert and also appears on Good Morning Britain. He also co-presented The Health Show with Terry Wogan and presented weekly social action programme Loud & Clear  for Meridian Television.

Hilary was born on 19 June 1953 in Hammersmith, London, England.

He attended Latymer Upper School before qualifying as a medical doctor at the Royal Free Hospital, London in 1976

Hilary  is the son of Noreen Jones, a writer who  recently published her first book at 92 years and in an interview,she revealed she loves to stay independently. “I am a healthy and active 90 year old, I love living independently in my own home and want to stay here. I still like to go about my daily business; swimming a few times a week, going shopping and doing a bit of gardening when I have the time.” She also talked of how she fell and ended up in hospital,

“I had a nasty fall a little while ago and ended up in hospital. So when I came home my son, Dr Hilary Jones, insisted that we installed a reach unit and gave me a fall detector to wear on my wrist to ensure that if anything like this happened again I would be able to raise the alarm and get help quickly. Having the fall detector and reach unit has given me and my family that extra bit of reassurance and peace of mind, as my boys are busy people and I love my independence”

Hilary is married to Dee  Thresher a health and fitness expert .As a personal trainer, she helped design the workouts featured in many stars’ workout DVDs, including the likes of Natalie Cassidy, Charlie Brooks and Letitia Dean .The duo  met when they worked together on GMTV’s Bikini Diet segment back in 2008. At the time, Hilary was married to his second wife, and their relationship remained platonic until sometime later. Dee  was the GMTV fitness expert helping people get in shape for summer and he was the doctor giving health advice. They were filming in Spain and really got on. A year later they were both at a friend’s wedding and they  re-connected ,started dating and later exchanged their marriage vows in 2016.

Hilary was married twice before he met his current wife Dee. From 1977 to 1987 he was married to Anne Marie Vives . His second marriage to Sarah Harvey lasted for 19 years, from 1990 until 2009. Dee was also previously married but no information about who she was in a relationship with is available.

Hilary has 5 children, Tristan and Sebastian from his first marriage ,twins Samantha and Rupert, and son Dylan from his second.His wife Dee also has two sons from a previous relationship.

Jones qualified  as a medical doctor at the Royal Free Hospital, London in 1976. He then held various positions, including being the only medical officer on Tristan da Cunha in the South Atlantic in 1978. Returning to the UK, he became a junior doctor at Basingstoke Hospital,  and from 1982, became a full-time Principal General Practitioner in the Basingstoke area. Jones became a GP Trainer in 1987 and still practices  part-time as a National Health Service (NHS) general practitioner .

Jones also works as a medical advisor for online clinic Health Express where he features in a number of health advice videos as well as hosting live ‘Twitter Clinics.’ As part of these Twitter clinics, Jones offers tailor made information on a range of health related questions posed by the public. He is also actively involved in brand radio sessions, exhibitions and events.He is also an ambassador for the Careline Service TeleCare24, contributes articles to their blog on health matters such as epilepsy, cancer and dementia on their Careline Blog.

He also  joined London-based nutraceutical company Med Tate as a non-executive director to support pharmacies across the United Kingdom . He said: “I am delighted to be joining Med Tate, as we share a passion to drive wellness in the UK, and in particular to work with pharmacists and creating a much bigger conversation with consumers about health wellness and individual responsibility.”

Jones became the TV-am doctor from May 1989 and has featured regularly on GMTV since 1993, where he was the health and medical advisor. In 2010, GMTV was replaced by Daybreak and Lorraine, where Jones continued to work as Health Editor. In 2014, Daybreak was replaced by Good Morning Britain, with Jones transferring to the show. As part of this role, he reports on emerging medical news stories as well as informing the public about various medical problems such as weight issues, contraception, surgery and cancer.

Jones wrote a weekly column for the News of the World dealing with medical problems and health issues until the newspaper closed in July 2011. He also answered readers’ health questions in the newspaper’s Sunday Magazine He also answers readers’ health problems in Rosemary Conley’s Diet and Fitness magazine, and edits and contributes to his own magazine Family Healthcare with Dr Hilary Jones.

He has also written a number of health related books including his first novel A Day In Your Life, published in August 2009, reached number six in the top ten hardback non-fiction bestseller list, I’m Too Busy to be Stressed: How to Recognize and Relieve the Symptoms of Stress (1997), Total Wellbeing: The Whole Treatment for the Whole You – An Integrated Approach to Health (Co authored with Brenda Davies, 1999), Doctor, What’s the Alternative? All You Need to Know About Complementary Therapies (1999), A Change for the Better: How to Survive and Thrive During the Menopause (2000), What’s Up Doc? (2010) and A Day in Your Life: 24 Hours Inside the Human Body (2013).

Jones was appointed Member of the Order of the British Empire (MBE) in the 2020 Birthday Honors for services to broadcasting, public health information and charity.

His salary is not known.

He has an estimated net worth of $1 million-$5 million.