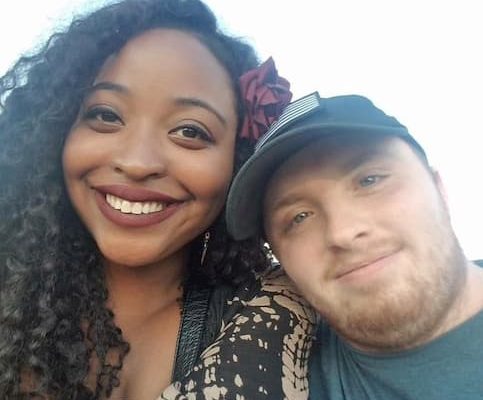 Garrett Foster was a Libertarian military veteran who was shot dead at a Black Lives Matter protest in Austin, Texas on July 25, 2020.

On July 25, 2020 while protesting in a BLM in Austin, Texas Garrett was shot and killed after an altercation with a motorist who apparently tried to aggressively drive past marching protesters in a downtown intersection. Foster was openly carrying an AK-47 rifle during the protest, which is legal to do in Texas.

Clip of the shooting at the protest in Austin Texas from Hiram Gilberto on FB pic.twitter.com/VFbzqfoSff

Five gunshots were heard, prompting the protesters to scream and run for cover. Soon after, three additional gunshots can then be heard, and sound like they came from a different weapon than the first round of gunfire. In another video the car can be seen driving away after the shooting.

AUSTIN: Another angle of the shooting confirms exactly what witnesses described.

The car is stopped at the light, away from the march. The driver deliberately and accelerates and corners into the marchers.

The marchers did not surround the car; THE DRIVER DROVE INTO THE CROWD. pic.twitter.com/VVwTXzZqPE

When the shooting was over, Garrett was laying on the ground with multiple gunshot wounds in the pool of blood. The medics performed CPR on Foster at the scene but he was pronounced dead after being transported to Dell Seton Medical Center.

Witnesses and police say that the motorist fired on Foster after he approached the vehicle, but there are conflicting reports about whether or not Foster did anything to threaten the driver.

Witnesses have told reporters that Foster kept his rifle pointed at the ground as he approached the vehicle, and that he was not the only protester carrying a firearm during the march. They say that the driver pointed a handgun through the car window and fired at Foster.

It is alleged that Foster was killed by a driver whose identity has not been revealed yet. The police said they had the driver in custody and that he was cooperating with the investigation.

The police said that the driver told investigators that Foster had pointed his rifle at his car. Brian Manley, Austin police chief said at a press conference that the driver of the car called 911 after the shooting to report that someone had pointed a gun at his vehicle and that he had fired on them. Manley said that the first person who appeared to fire was the driver, and then a second person (not Foster) drew a concealed handgun and opened fire on the car as it drove away. He added that the driver and the second shooter had been released “pending further investigation.”

Garrett was engaged to Whitney Mitchell, who is a quadruple amputee. According to Foster’s mother, the two had been engaged since they were 18 and Foster was taking care of Mitchell after she was struck with a mysterious illness in 2011 that resulted in her having to have all four of her limbs amputated.

According to an article on Dallas News, Mitchelle went to the ER in 2011 after what seemed like a garden-variety flu bug- but standard antibiotics couldn’t beat it back. The doctors were forced to amputate her limbs after she suffered a septic shock. She suffered a ravenous infection, and her body’s response was to shut down blood flow to her limbs.

According to his LinkedIn account, Foster served in the Air Force as an aircraft maintenance crew chief and according to his family he was discharged from the airforce to take care of Mitchell.