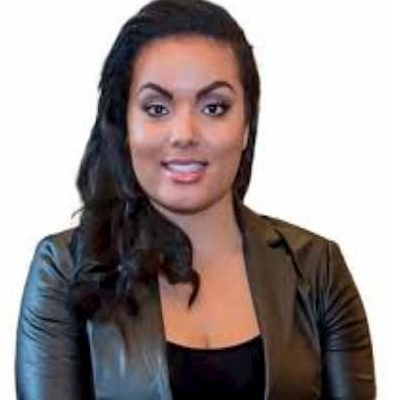 Gabriela Linder is the woman who had an affair with U.S. Rep. Steven Horsford, the state representative for 4th Congressional District. She began sharing her story through a public podcast, “Mistress for Congress,” in April using the pseudo name “Love Jones.”

According to her LinkedIn account, Linder deals with personal injury law. She previously served as an executive director at Dennie Law Office. She began her career as a field office intern at U.S. Senate Majority Leader Harry Reid’s office.

In January 2010 she founded the Ohemgeebella Wedding & Events Concierge which seized operating in 2016. According to their Instagram page, they are “an award-winning wedding and events concierge service, specializing in creating extraordinary experiences, saving you time, money, and worry.”

Linder has a son who she revealed in her podcast she got while in another relationship while attending law school at the University of St. Thomas in Minneapolis, Minnesota, during a period when she and Horsford were not seeing each other.

On April 1, 2020 Horsford appeared on a children’s YouTube show hosted by Linder’s young son. He spoke broadly about politicians and their role during the COVID-19 pandemic in what appears to be his Washington, D.C., congressional office. Linder said his staff shot the video with him and sent it to her.

Gabriel revealed that she had a relationship with Nevada Rep. Steven Horsford in her podcast “Mistress for Congress”, she had been using the pseudo name “Love Jones.”  She said the relationship began in 2009 when she was a 21-year-old senior at UNLV. At the time she was an intern in former U.S. Senate Majority Leader Harry Reid’s Nevada office and Horsford was the majority leader of the Nevada state Senate.  She claims she met Horsford at an event then later arranged to meet him through a friend

They had a sexual relationship between 2009-10 and 2017-2019 though they remained in regular contact. Linder claimed to have broken off the relationship. She said that Horsford had discussed leaving his wife for her but could not do so during the 2020 election season.

“I decided I can’t wait, deserved more and didn’t want to be that person anymore and I realized someone who could lie that way is not someone who would be honorable to me.”

She added that Horsford took advantage of his status as an older, powerful man to control her although he never explicitly asked her not to tell anyone.

“He knew how in love with him I was, and he knew what he could do and get away with. He knows I would support him. He never told me to keep quiet. He didn’t have to. He knew I was loyal to a fault.”

She said she hopes her story will serve as a cautionary tale to women who participate in or even seek out similar relationships with older, powerful men.

She also added that she was not seeking to damage Horsford during an election year, but rather sees her podcast as “an empowering journey” as she moves on from the relationship. She said she had not been paid to produce the podcast she however said Horsford should end his bid for re-election.

“If this was a story in 2018 (when Horsford successfully recaptured the seat after having lost it in 2014), he wouldn’t have run. He obtained this position under false pretenses that he was a family man and man of God. He should take a step back, atone, and if people are satisfied, then he can come back into politics.”

On May 15, 2020 Steven acknowledged that he had an affair. He released a statement acknowledging the affair and apologized to his wife and family.

“It is true that I had a previous relationship outside of my marriage, over the course of several years. I’m deeply sorry to all of those who have been impacted by this very poor decision, most importantly my wife and family. Out of concern for my family during this challenging time, I ask that our privacy is respected.”

Steven is married to Sonya Douglass Horsford who is an associate professor of Education Leadership at Teachers College, Columbia University, where she serves as Senior Research Associate at the Institute of Urban and Minority Education (IUME) and Co-Director of the Urban Education Leaders Program (UELP). The couple has three children together a daughter known as Ella and two sons Bryson and Benjamin.